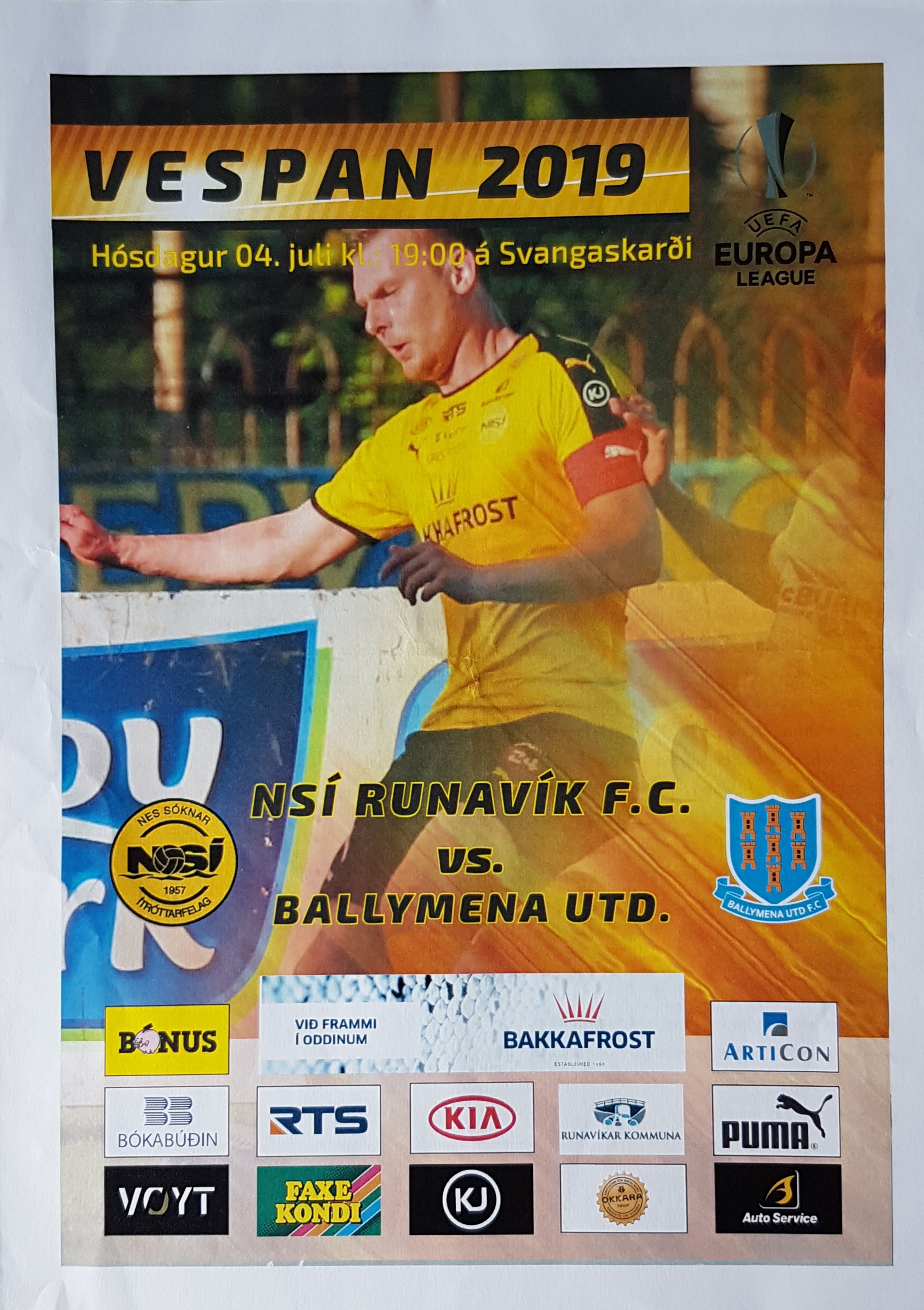 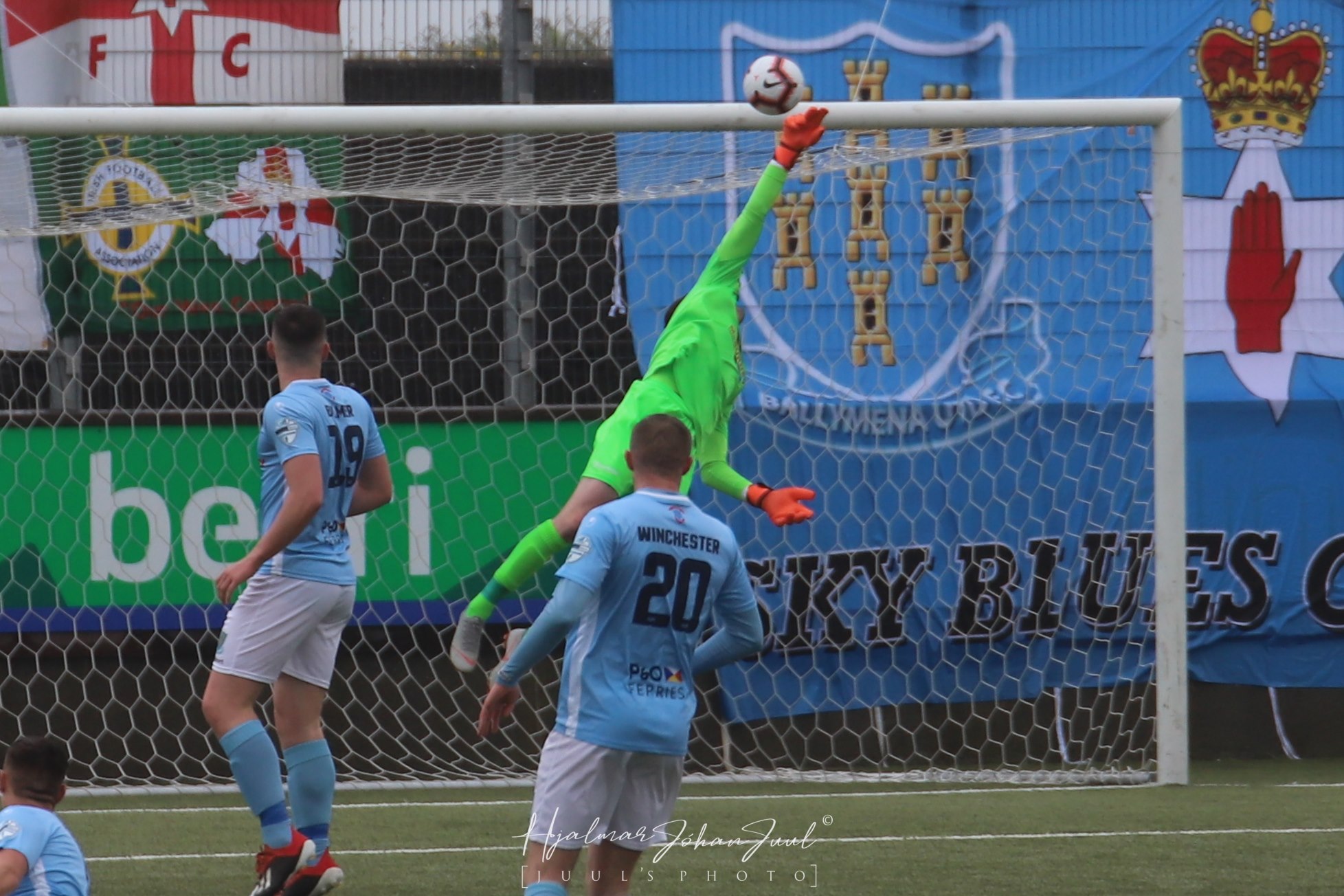 BALLYMENA United made it through to the First Qualifying Round of the Europa League with a 0-0 draw in the Faroes, securing a 2-0 victory on aggregate.

The visitors started the game on the front foot, with Johan Davidsen, Bardur Hansen and Johan Davidsen conceding a series of free-kicks, with shots from Tony Kane and Kofi Balmer giving the vociferous Sky Blue support plenty to shout about. It wasn't long before the home side got their own chances though, with Klaement Olsen and Pol Justinussen missing the target and Paetur Hentze rattling the woodwork.

Jim Ervin was called into action, making vital challenges on Olsen and Justinussen before Leroy Millar had a shot blocked and failed to hit the target with another. Jude Winchester had a fantastic chance to put United in front after a corner from Steven McCullough, but it was saved by Runavik 'keeper Tordur Thomsen. Ross Glendinning was then called into action, making the save from a Petur Knudsen free-kick, then saving another effort from Knudsen.

United were very well drilled to deal with the consistent pressure from the home side, Hansen and Oddur Hojgaard linking up well but the latter missing the net. Glendinning was commanding in his area, saving further shots from Knudsen, Jann Mortensen and Jann Benjaminsen, while the defence blocked shots from Peder Nersveen and Benjaminsen. On the stroke of half-time Adam Lecky was booked after being adjudged to have fouled Hentze.

It was a tetchy start to the second half, both sides trying to gain control of the game and within minutes of the restart Nersveen took Adam Lecky down and Cathair Friel stepped up but was wide of the mark. Minutes later Jude Winchester had an excellent chance to grab the lead but he failed to hit the target.
As both sides continued to poke and prod, Lecky had a shot blocked and McCullough's corner came to nothing. Just before the 70 minute mark Millar looked to have got into a great position but he was flagged for offside. The tackles from the home side kept coming, a series of free-kicks awarded to the Sky Blues but no cautions for Runavik.

As the game entered the last 15 minutes, the hosts looked to step up a gear, chances coming from Hansen and Justinussen, and Glendinning needed to be alert to block a shot from Osser Dalbud.

In the last minute of normal time Balmer picked up a yellow card before Ryan Harpur was brought into the fray to replace Jude Winchester and help run down time. The game was always going to be a tough one and it was a mixture of relief and delight as the final whistle went and the United players ran over to celebrate with the travelling support and officials.