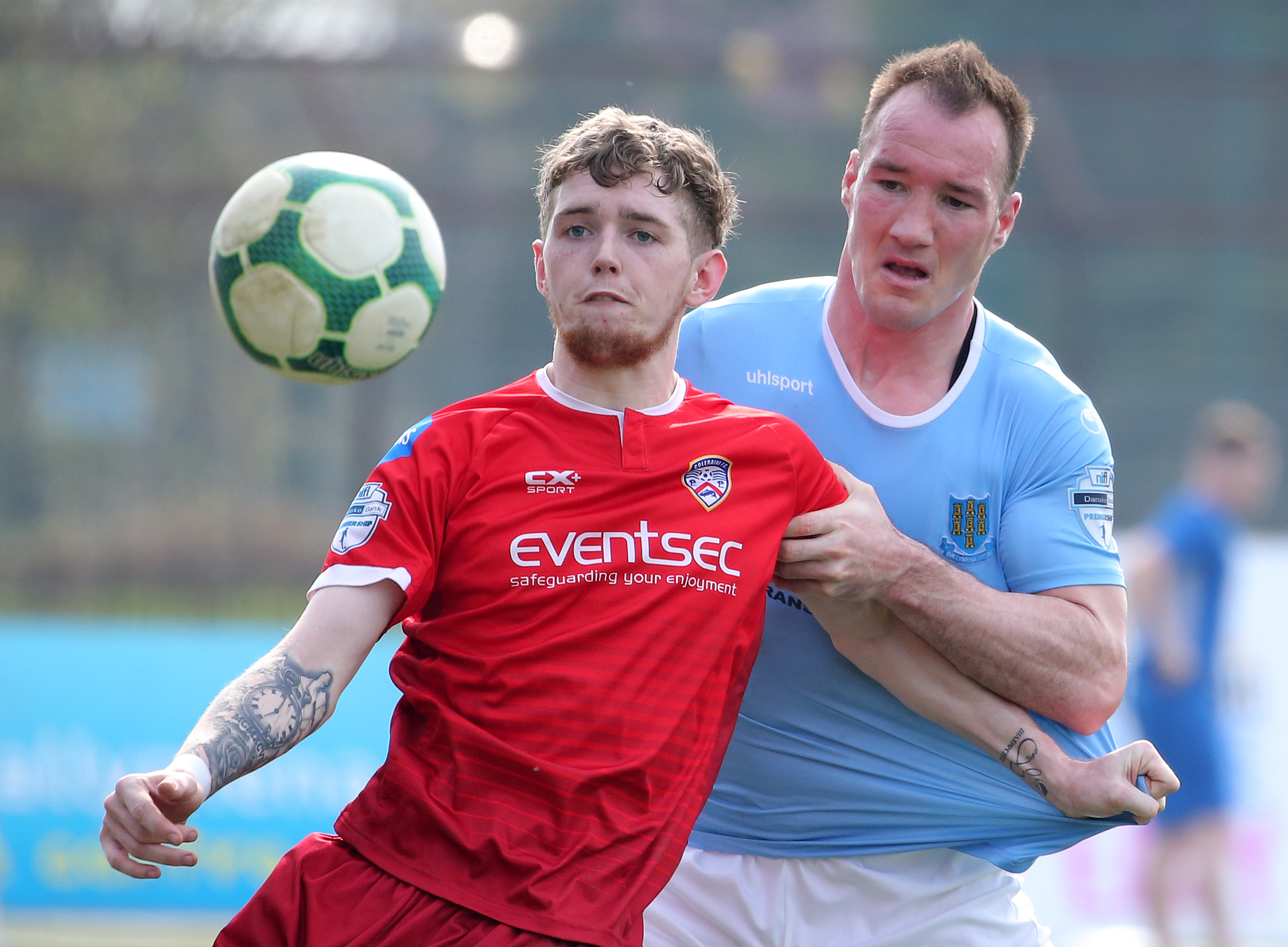 United made one change to the side who picked up a point against Cliftonville last Saturday, with Tony Kane coming in for Scot Whiteside.

After cruising to a 4-0 win in the last meeting between the sides, it took The Sky Blues just 6 minutes to break the deadlock. Kane lifted a ball over the top for Leroy Millar on the left hand side of the box, and after cutting inside, the Cullybackey man's curling effort hit the far post before finding its way into the back of the net. The goal was Ballymena's 100th of the season and a 300th under David Jeffrey.

It took until the 13th minute for The Bannsiders to carve out a chance, with their first falling to Jamie McGonigle, who turned on the edge of the box before seeing his effort well saved by Ross Glendinning. The remainder of the half was far from a classic, with both sides struggling to create anything more than the odd chance. Johnny McMurray showed great strength to easily get Stephen O'Donnell out of the way, allowing the forward to race through, but McMurray tried to do too much with the ball and the chance was gone.

On 36 minutes a free kick found its way to Steven McCullough at the back post and he put a decent ball across the 6 yard box, but with no United players there to attack it Mark Edgar was able to clear on the line. In a brighter 5 minute spell for the visitors before the break, Ian Parkhill dragged a shot well wide before McGonigle let fly from all of 40 yards, forcing Glendinning to make a good save, tipping the ball over the crossbar. Right at the end of the half Kofi Balmer dispossessed Ben Doherty before playing in McMurray for the second time, but again the forward took too long to make up his mind before Steven Douglas blocked his shot, as a quiet half ended 1-0.

Within 5 minutes of the restart The Braidmen missed a couple of glorious chances to double their lead. A long throw-in from Balmer eventually fell to McMurray, who headed the ball on for Andy McGrory, but he denied by a fine stop from Chris Johns. The rebound fell to McMurray who looked certain to score, but he somehow blasted the ball high and wide. Straight up the other end the hosts almost paid for those misses when Dean Shiels had the ball in the back of the net, but it was chalked off for a foul on Glendinning by Josh Carson.

In what was probably United's move of the match, Millar, Adam Lecky and McMurray all got involved before Balmer crossed for McGrory at the back post, but under pressure he could only head over. United had to see out a nervy 10 minute spell after McGrory's chance as Coleraine looked for an equaliser, but despite plenty of pressure the away side never really looked like scoring.

Ballymena had the better of the chances late on, but they couldn't manage the second goal to surely kill the game off, though McGrory thought he'd made it 2-0 with 18 minutes left. Another great ball from Balmer found Lecky but he was denied by another great save from Johns before McGrory bundled the ball home, but after a lengthy delay the linesman's flag went up for offside. Shortly afterwards a half volley from Kane took a nick off a Coleraine foot to go just wide, and from the resulting corner a looping header from Jonny Addis went out off the top of the crossbar.

Despite Ballymena not being able to find that second goal, a flat Coleraine were still struggling to give Glendinning anything to worry about in the closing stages. On 86 minutes McGrory headed the ball back across goal for Lecky who surely would've scored from close range, but he was denied by O'Donnell, who did exceptionally well to get to the ball ahead of Lecky, but it would make little difference as United easily saw out the win.