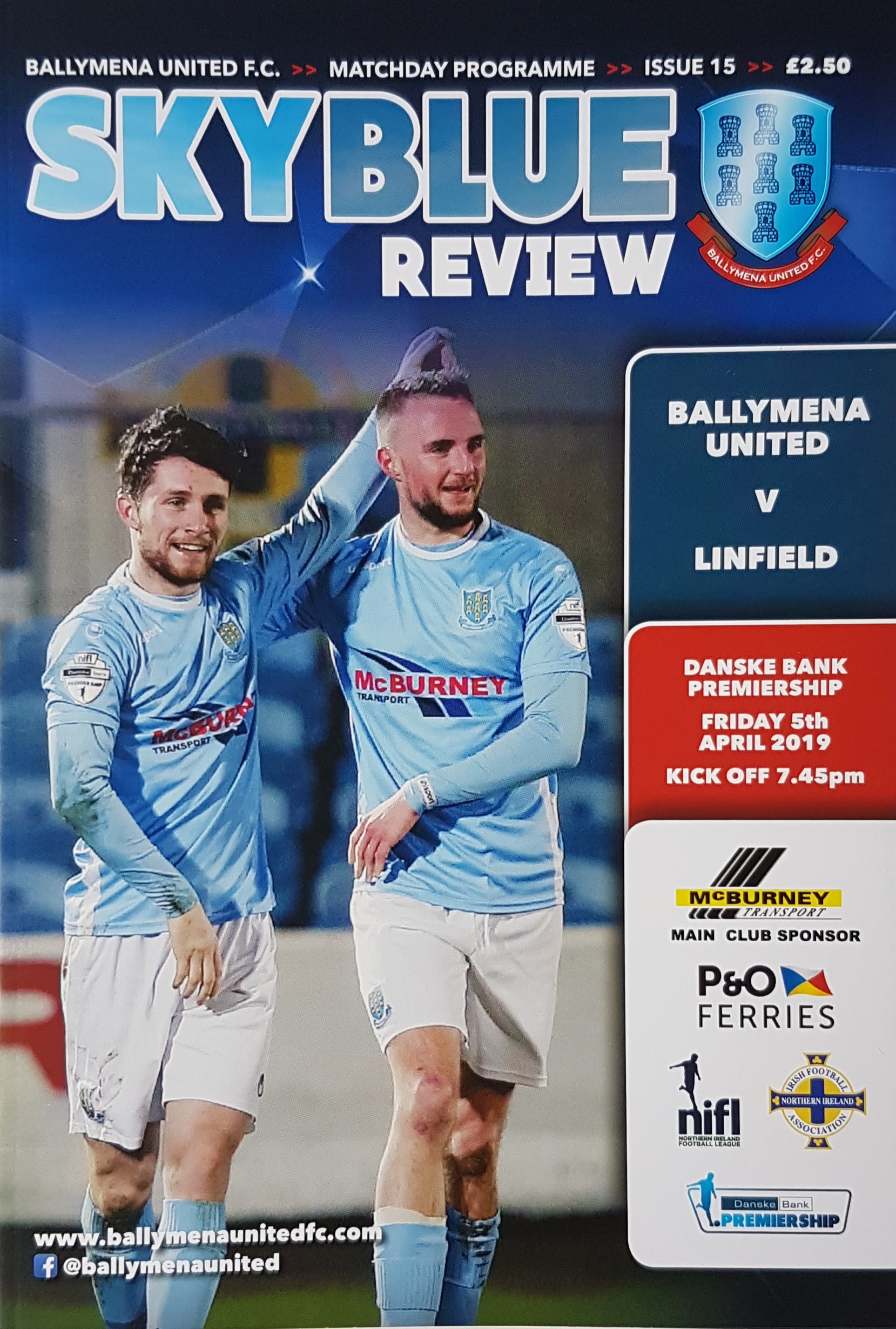 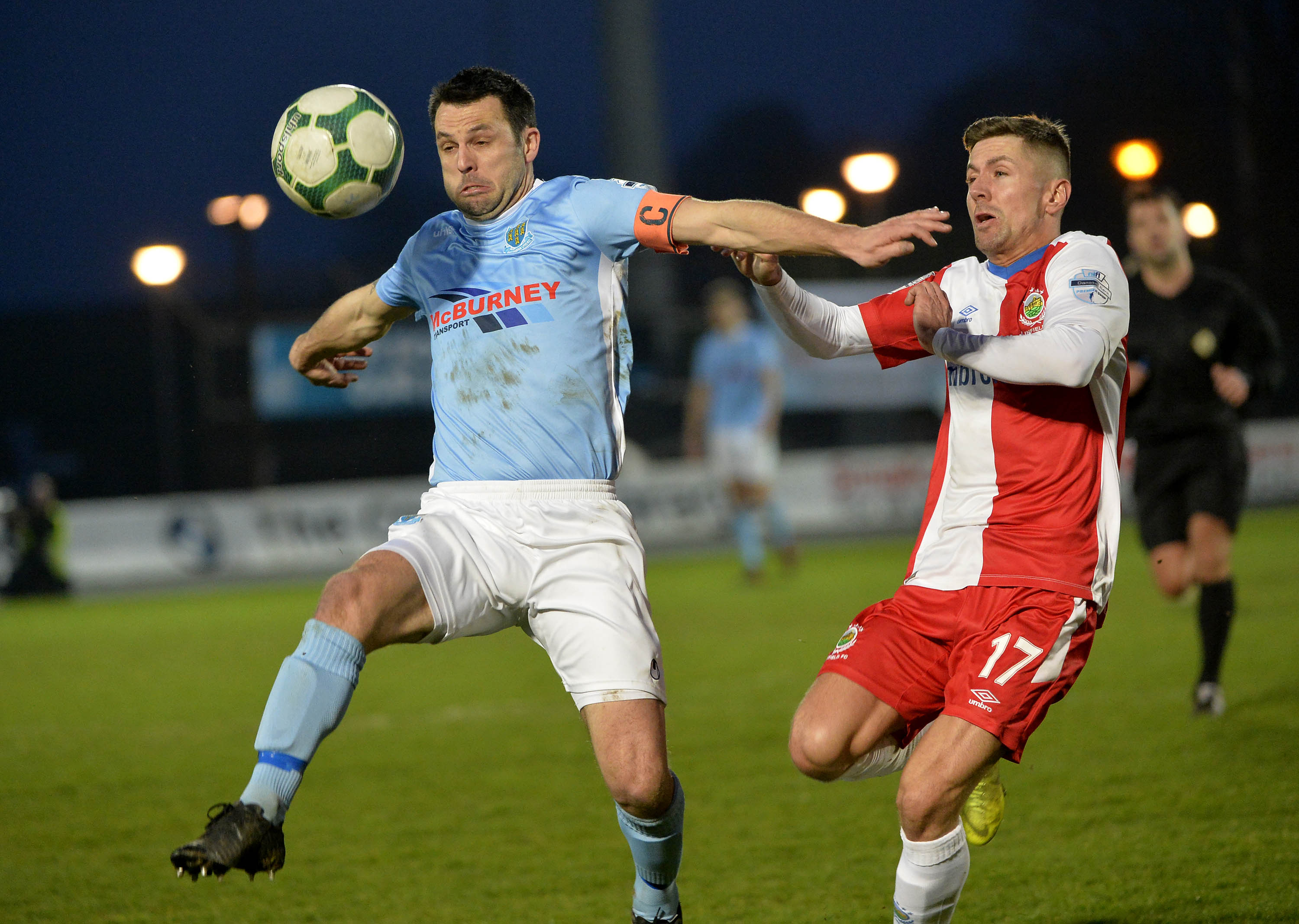 Ballymena United fell to a narrow 1-0 league defeat at the hands of league leaders Linfield thanks to an early second half goal from Andrew Waterworth.

As first took on second for the sixth time this season, United made four changes to the side that suffered defeat to Warrenpoint almost a fortnight ago.

With the cameras rolling both sides made a frantic start to the game in an entertaining first half. Inside the opening minute Johnny McMurray did well to create a chance for himself, but his effort caused little problems for Gareth Deane in the Linfield goal. On 5 minutes came a huge chance for the Sky Blues. Andy McGrory played in McMurray who put the ball across the box for Adam Lecky, but under pressure the forward blasted the ball over the crossbar.

The first chance for the league leaders came shortly afterwards. Chris Casement put a cross into a dangerous position for Daniel Kearns, but Kofi Balmer did well to put Kearns off as he put the ball wide. From there, Ballymena dominated for most of the half, in a performance mirroring the second half of the League Cup final. Jonny Addis did well to pick out McMurray in the box, but he could only glance his header wide.

Linfield did well to weather the United storm when six straight corners came and went for the hosts. In the second of those corners Balmer rattled the underside of the bar with a thumping shot, with the goalbound rebound from Jude Winchester well blocked by Jimmy Callacher. A save out of the top drawer from Deane kept the scores level on 34 minutes. McMurray was fouled 25 yards from goal, with McGrory's free kick heading for the top corner before Deane pulled off a stunning one handed save. In the closing stages of the half The Blues got back into the game with Ross Glendinning saving a free header from Callacher before the 'keeper did well to claw away a header towards his own goal by Lecky, as a bright half ended goalless.

For all of the Braidmen's good football for the majority of the first half, the second half got off to an awful start as Linfield broke the deadlock within 45 seconds. Joel Cooper got past Balmer with ease on the left hand side before finding Andrew Waterworth, who buried his shot across Glendinning and into the bottom corner.

9 minutes after the opener Ballymena let another big chance get away from them. Lecky stayed onside to get on the end of a pass from Leroy Millar, who did well on the left. The striker squared the ball for the onrushing McGrory, but one on one he fired his shot straight at Deane who made the save. With the next goal in the game vital if there was to be one, Callacher strode forward from the back unchallenged, with the centre half having a go himself from distance, only for Glendinning to tip his effort round the post.

On 62 minutes United were forced into a change as Winchester picked up an injury, and was replaced by Tony Kane. The second half wasn't quite living up the first with both teams resorted to the odd half chance in a stop-start half as the final 45 progressed. At one end Waterworth turned Addis but his shot was easy work for Glendinning. At the other end, a nice aerial one two between McGrory and McMurray ended with the latter getting something on a shot while off balance, but the ball ended up in the grateful hands of Deane.

After another free header for Callacher at the back post went just over, the last 10 minutes saw the game rather die out as tempers spilled over on a few occasions before and after the final whistle.

In the fourth of five minutes added on Millar stung the palms of Deane with a long range strike, but it was the only time United threatened late on as Linfield comfortably saw out the game to go 12 points clear with just 4 games left.