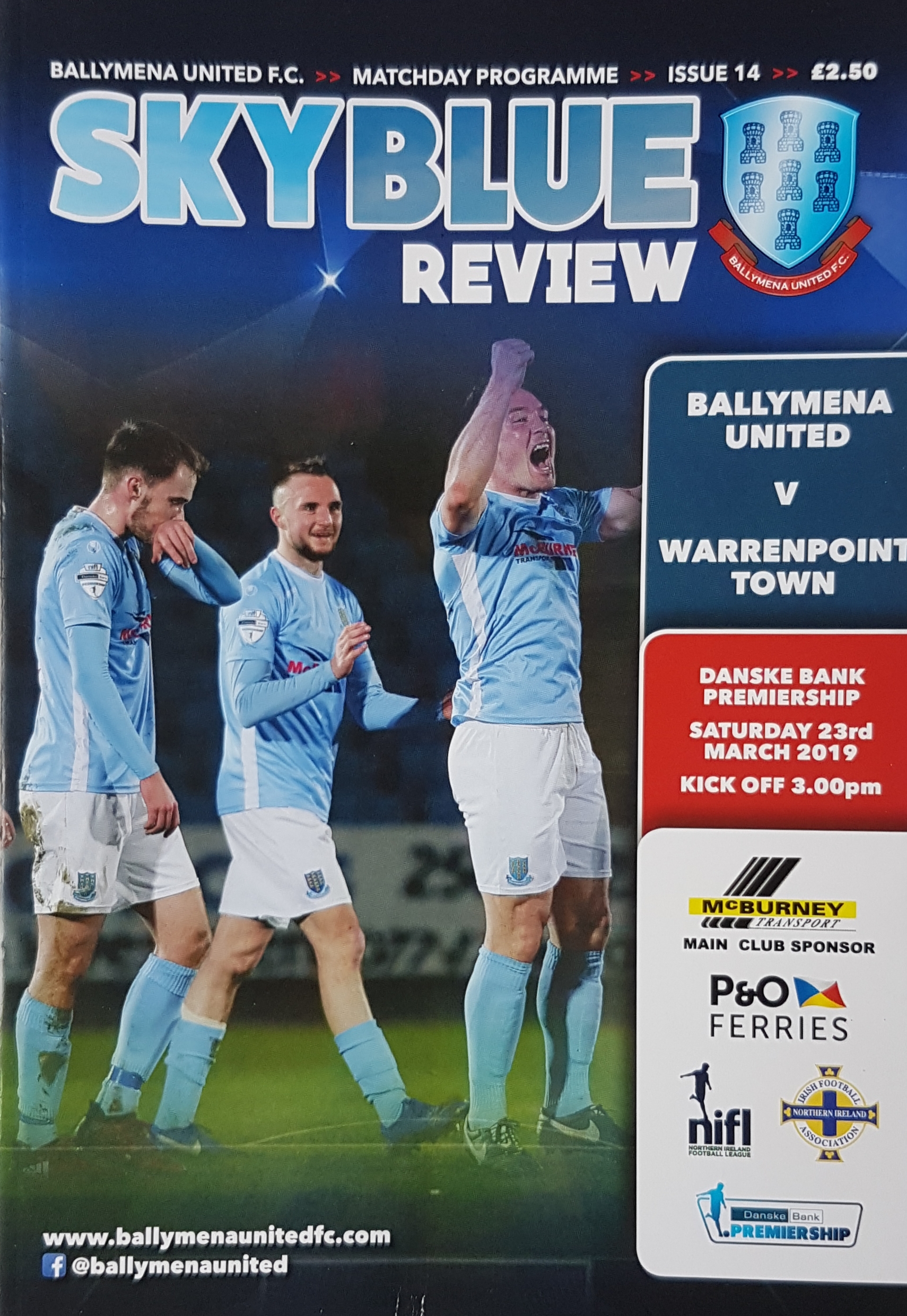 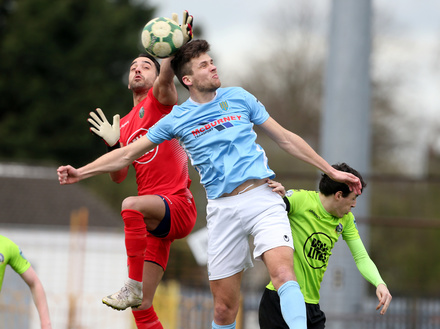 Ballymena United suffered a home defeat for the second time in a week, losing to Warrenpoint Town on Saturday afternoon.

United were looking to continue on from their 6-1 midweek win over Institute and picked up where they left off with a strong showing early on, with a first half littered with sharp, free flowing moves. Inside just 3 minutes the hosts had a penalty appeal waved away when a cross from Ryan Mayse appeared to hit the arm of Eamon Scannell.

On 9 minutes Steven McCullough, back in the squad after missing Tuesday night, rattled the post with a fine effort from 20 yards. United had far more of the ball in the final third but Warrenpoint were more than dangerous going forward and after a mistake from Albert Watson, Ciaran O'Connor capitalised before seeing an effort well saved by Ross Glendinning.

The deadlock was broken on 16 minutes with a goal Ballymena's play deserved. Jude Winchester latched onto a ball from Mayse and crossed for Adam Lecky, who produced a fantastic turn before firing a lovely finish into the bottom corner.

Shortly after the opener Jim Ervin went close to a spectacular second when he was teed up by Tony Kane, but the skipper's half volley sailed just over. As The Point continued to threaten on the break, Philip Donnelly found Scannell with a great ball and Scannell's cross was headed wide by Seanna Foster. More half chances came and went for Ballymena before Kane went close with a decent effort from the edge of the box that went inches wide.

On 37 minutes Ballymena's failure to score a second was punished when the visitors equalised. Conor Quigley did well to block two effort's from Anton Reilly and Hernany Macedo Marques, but at the third attempt a cross from Foster found Philip Donnelly who was allowed two chances to shoot, with the second going under Glendinning and in.
The Sky Blues tried to regain the lead before the break with Winchester testing Berraat Turker before the German 'keeper pulled off a stunning save to deny Andy McGrory. Jonny Addis picked out McGrory free just inside the box, with McGrory's shot destined for the top corner before being superbly tipped over by Turker, as United were left frustrated to be going into the break only level.

After flashes of brilliance throughout the first half from the Braidmen, David Jeffrey's men failed to ever get going in the second half with a lacklustre 45 minutes. Early on Turker punched a corner only as far as Mayse on the edge of the box, but his volley drifted just over the crossbar before Kane and sub Lee Duffy traded shot's on goal at either end that were both dragged just wide. However from the hour mark onwards, all of Ballymena's passing and movement seemed to go missing as the hosts were resorted to long, hopeful balls, none of which were making much headway.

Warrenpoint continued to look dangerous when they ventured forward but couldn't create anything to trouble Glendinning. With frustration evident amongst the home support, Kane picked out Mayse who headed over at the back post when it may have been easier to knock the ball down for Quigley.

With 9 minutes left Warrenpoint turned the match on its head and went in front through Marques. Addis was booked after fouling Donnelly, with Ian McNabb adjudging the foul to have been committed just outside the box. Duffy stepped up and saw his low effort saved by Glendinning, but on the rebound the Brazilian Hernany Macedo Marques found the back of the net.

United looked to Shane McGinty and Johnny McMurray from the bench but a shot from Mayse that was easy work for Turker was all Ballymena could muster up. At the other end Warrenpoint almost made sure of the points in added time when they broke 3 on 1.

Matthew Lynch supplied Foster who blasted over, but it made no difference as next week's Irish Cup semi-finalist's saw out the win to all but end United's title hopes after a flat second half showing.