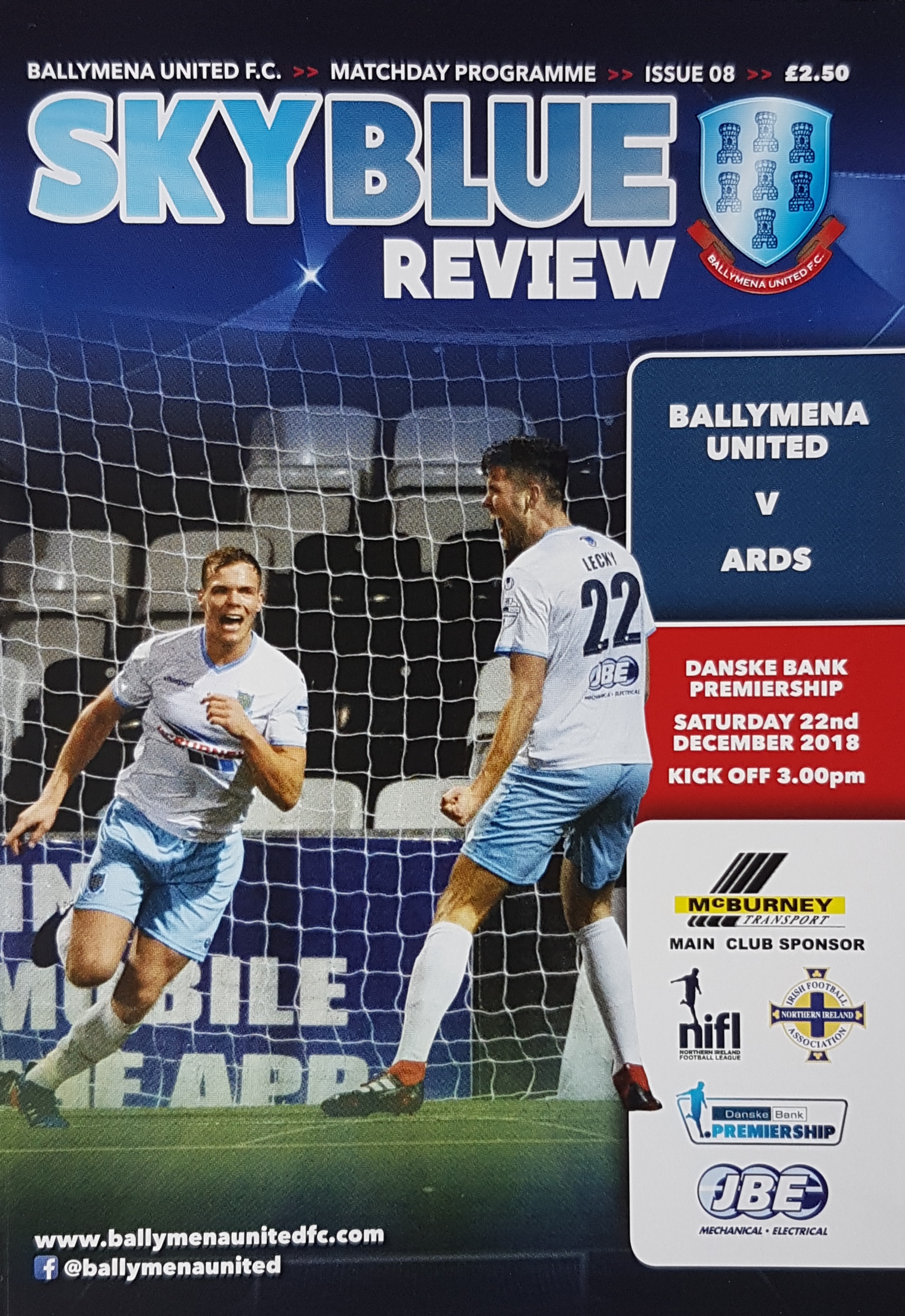 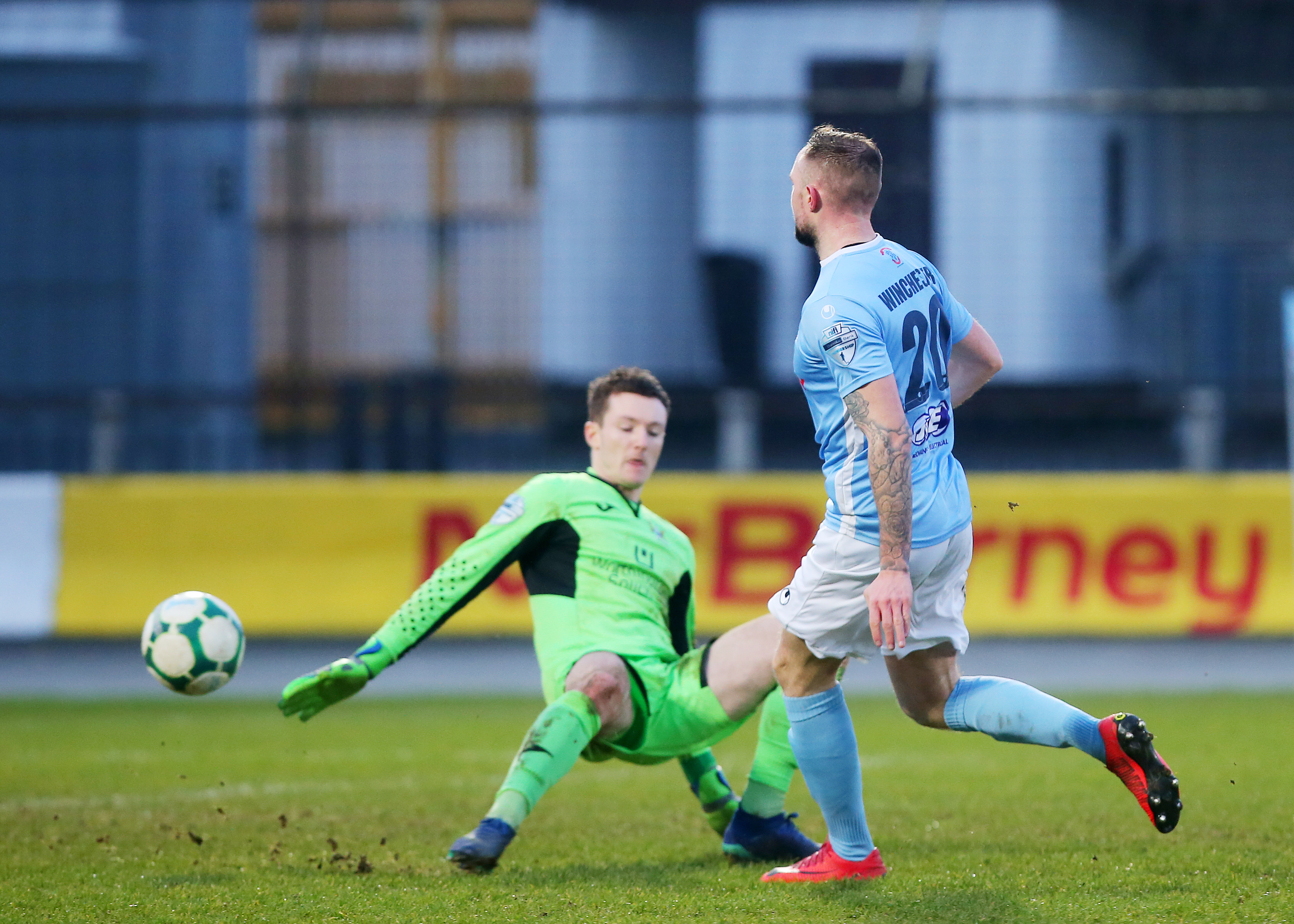 Ballymena United will sit proudly at the top of the Danske Bank Premiership table on Christmas Day after a 2-0 home win over Ards on Saturday afternoon.

In United's first game in 11 days and first at home for 3 weeks after weather hit postponements, it was top against bottom in the league. As Ballymena went in search of a 12th straight win, there was very little action until, coincidentally, the 12th minute when Ballymena broke the deadlock. Cathair Friel found James Knowles on the right wing and he floated a cross into the box which was met by Leroy Millar, who got in front of his marker to head home his 3rd goal in 4 games.

Ards reacted well to falling behind and momentarily thought they had equalised on 18 minutes. The visitors had the ball in the back of the net as Kyle Cherry fumbled the ball home, but it was ruled out as he had taken the ball out of the hands of Thomas McDermott in the process. Ards continued to enjoy a decent spell with former Ballymena man Michael McLellan heading a Gareth Tommon's corner wide.

Around the half hour mark the hosts began to regain a strong foothold on the game. A shot from goalscorer Millar deflected off Friel, with the deflection spilled by Sam Johnston before being cleared.

In the following 5 minutes Johnston pulled off a string of quality saves in an inspired performance. From all of 30 yards Millar had a go with his effort being tipped over the crossbar by Johnston. Ballymena took the resulting corner short and Jude Winchester had a curling effort parried away well by the 'keeper, before Johnston again made a name for himself saving Jonny Addis' effort from the edge of the box. In a moment of respite for the away side in the middle of the half David McAllister created space for himself on the edge of the box before firing an effort wide.

On 35 minutes United doubled their lead through a stunning goal finished by Winchester but created superbly by Millar. On the halfway line Millar showed incredible strength to win a battle with two Ards players before getting the better of two more in a bursting run. The midfielder wasn't done there as he found Winchester with a perfect pass and Jude Winchester made no mistake finishing beautifully for 2-0.

A lot of Ards' chances involved Cherry and he did well to get up off the ground to get a shot away but he could only put it well wide.

Two minutes before the break United had a golden chance to make it 3-0 from the penalty spot. Adam Lecky played in Friel, who was brought down by Johnston as he tried to round the goalkeeper, but Johnston redeemed himself by going the right way to stop James Knowles' penalty. Before the end of the half Johnston still found the time to make two more fine saves. An effort from Winchester looked destined for the near corner before Johnston got across to make the save, and from the rebound Knowles' attempt through a sea of bodies was somehow saved as well as United took a two goal lead to half-time.

The second half turned out to be not quite as action packed as the first. As Ards looked to get back into the game with an early goal, Michael Kerr crossed for David McAllister, with his effort being drilled into the side netting. By the hour mark neither side really looked like grabbing the third goal in the game, with The Braidmen slightly lacking in a bit of composure. In the 63rd minute a first time effort from Cherry was well saved by McDermott and from the resulting corner the same man put a free header wide.

4 minutes later The Sky Blues almost made it 3-0 as Millar switched it to Steven McCullough and as he bared down on goal he unleashed a thumping effort that rattled the crossbar before going out of play. With little happening after those chances for both sides, United had a welcome lift as Shane McGinty came off the bench to make his home debut for the club, following his long injury lay off.

Ballymena would've liked a third goal to kill off the game and that opportunity arrived with 13 minutes left when the home side won another penalty. This time Winchester was brought down by Cherry and after some deliberation it was Winchester himself who took it. However, he was denied as Johnston saved a second penalty of the day, going the right way again to keep the deficit at two.

In the latter stages Ards' subs Ryan Strain and Mark Kelly both saw chances come and go as United held onto their clean sheet to record the 2-0 win, which extends the unbeaten run to a record 17 games, and sees Ballymena United 4 points clear at the top going into a very merry Christmas!