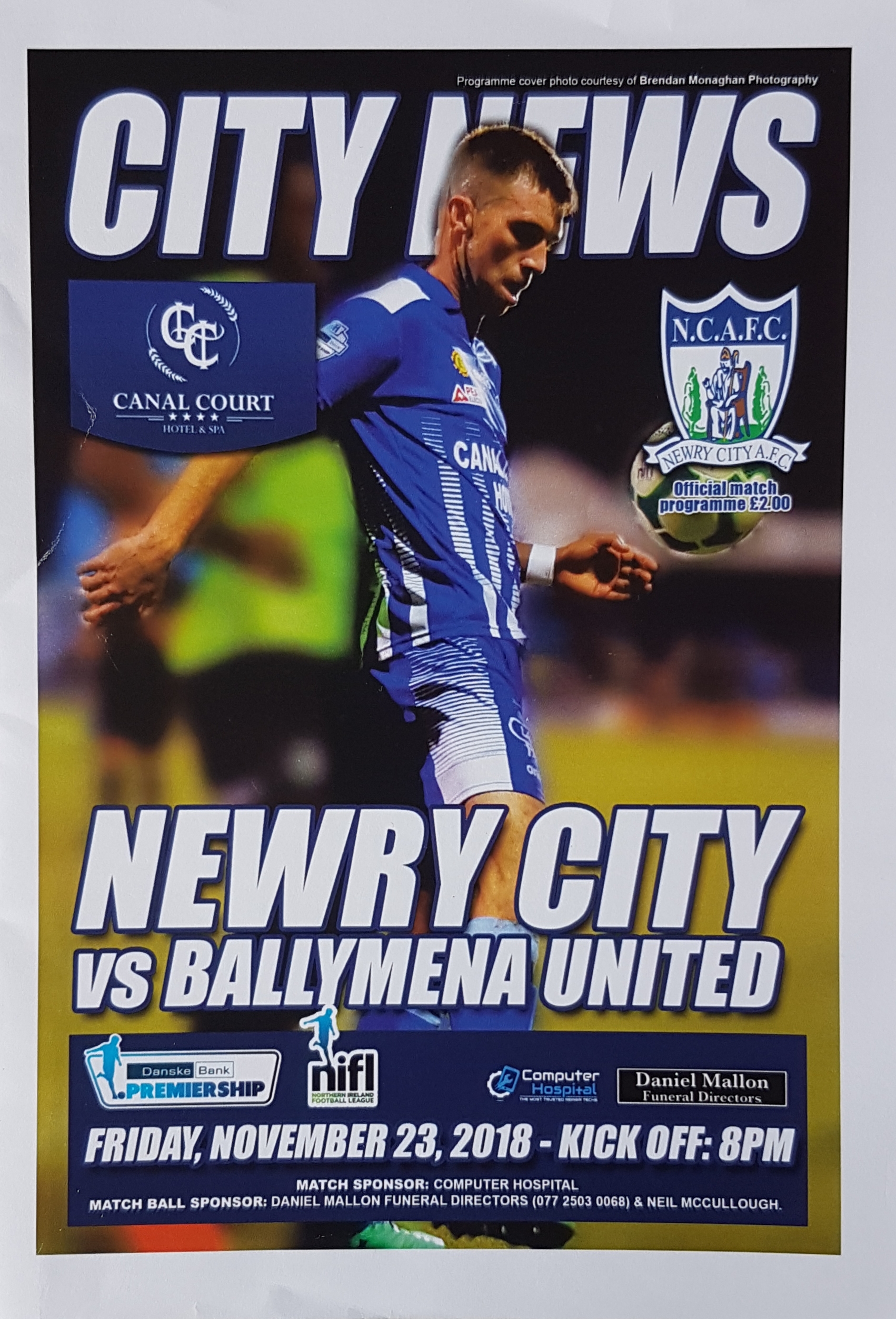 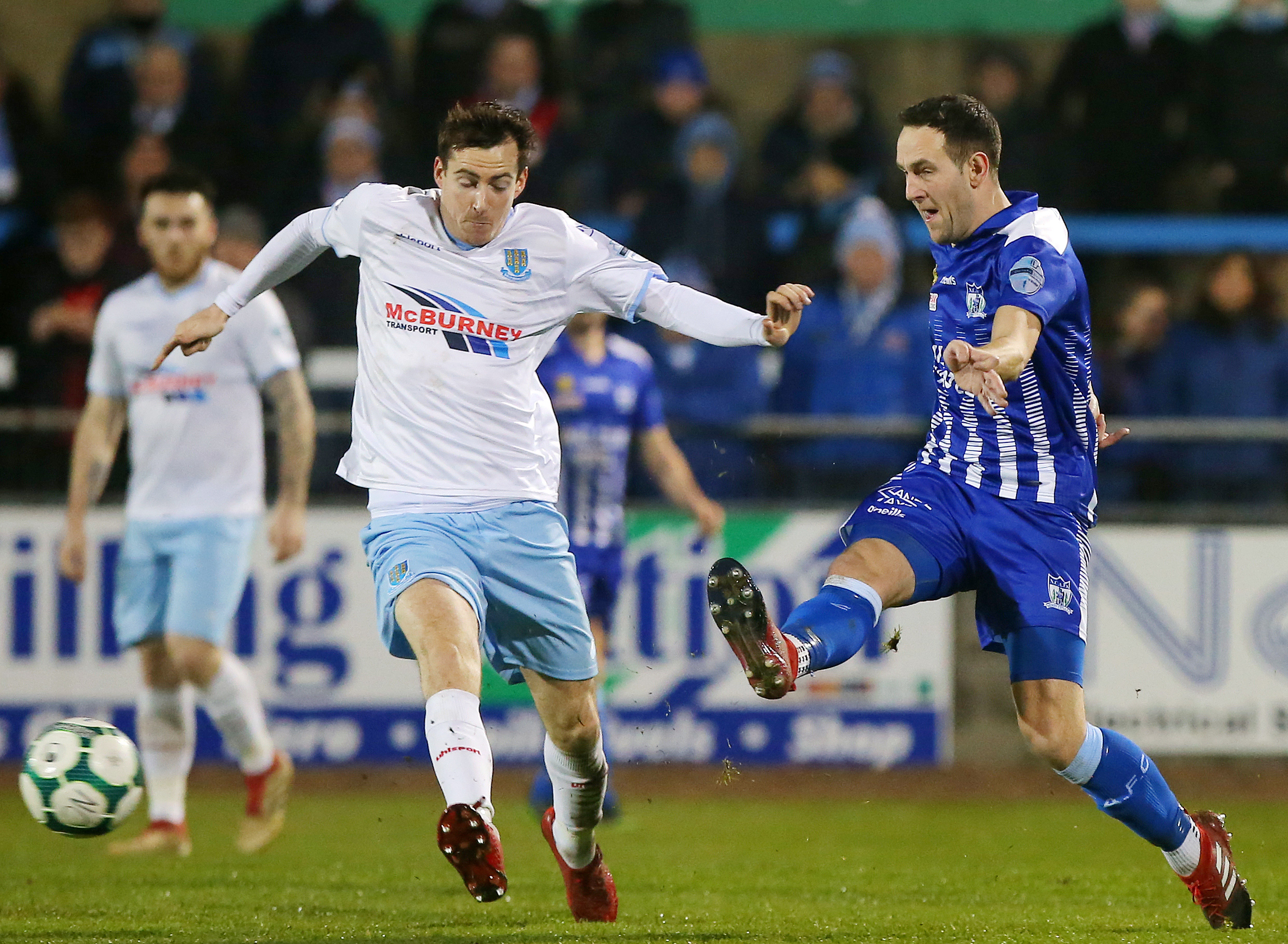 Ballymena United were made to work hard for a 2-1 win over 10-man Newry City on Friday night.

A large travelling support headed to the Newry Showgrounds as Ballymena went in search of 3 big wins in the last week, but the fans weren't treated to much of a first half spectacle.

Inside the opening half an hour United didn't carve out a single shot as the home side dominated play without creating much themselves. The closest Ballymena came was a cross for Tony Kane but it was snuffed out just before Kane could get to it. At the other end all Newry could muster up was two chances. Thomas McCann fired over from the edge of the box before Darren King headed wide from a good position following a Dale Montgomery free kick.

On 36 minutes the Sky Blues took the lead from nowhere. James Knowles did the hard yards, dancing through a number of Newry players before hitting a curling effort off the post, but on-hand was Adam Lecky to tap the ball home from inside the six yard box.

A minute before the break it was 2-0. By far United's best move of the half ended with a one-two between Reece Glendinning and Andy McGrory, with the former putting in a delightful cross which Andrew McGrory finished first time from 12 yards, his second goal of the week.

The half ended with a mass brawl involving the majority of players, resulting in three yellow cards after the situation was diffused. Adam Lecky, Declan Carville and Mark Hughes all went into the book for their involvement.

With the last kick of the half Darragh Noonan had a goal disallowed from a corner for a push, much to the disbelief of the Newry players, as Darren Mullen was surely left wondering how his side found themselves 2-0 down at the break.

Kofi Balmer came on at the start of the second half, replacing Scot Whiteide. Within a minute of the restart it was almost 3-0 as Lecky crossed for Cathair Friel, but at the near post he turned the ball wide.

That was as good as it got in the opening 15 minutes before another ill-tempered flashpoint saw the hosts reduced to 10 men. Off the ball Friel and Newry 'keeper Andy Coleman clashed, with Coleman sending Friel to the deck, receiving a red card for his troubles.
Newry's replacement shot-stopper Steven Maguire made two good saves after coming on to keep Ballymena out. Another good move from the Braidmen saw McGrory playing in Friel, but Maguire was able to get his fingertips to the ball to save. Seconds later McGrory cut in from the right but hit his effort straight at Maguire.

With 68 minutes played the 10 men of Newry pulled a goal back. A cross from Mark Hughes eventually fell to Dale Montgomery at the back post, and under little pressure he found a way past Thomas McDermott into the roof of the net to half the deficit.

The extra man didn't mean much in the final 15 minutes as the home side piled the pressure on United. Steadfast defending from the visitors saw a number of crosses dealt with, and at the other end Glendinning dragged a shot well wide and a low Kane free kick was gathered by Maguire.

Despite the pressure from Newry, they failed to work McDermott at all in the final stages as Ballymena closed out an incredibly tough game to move to the top of table - even if only for one night!