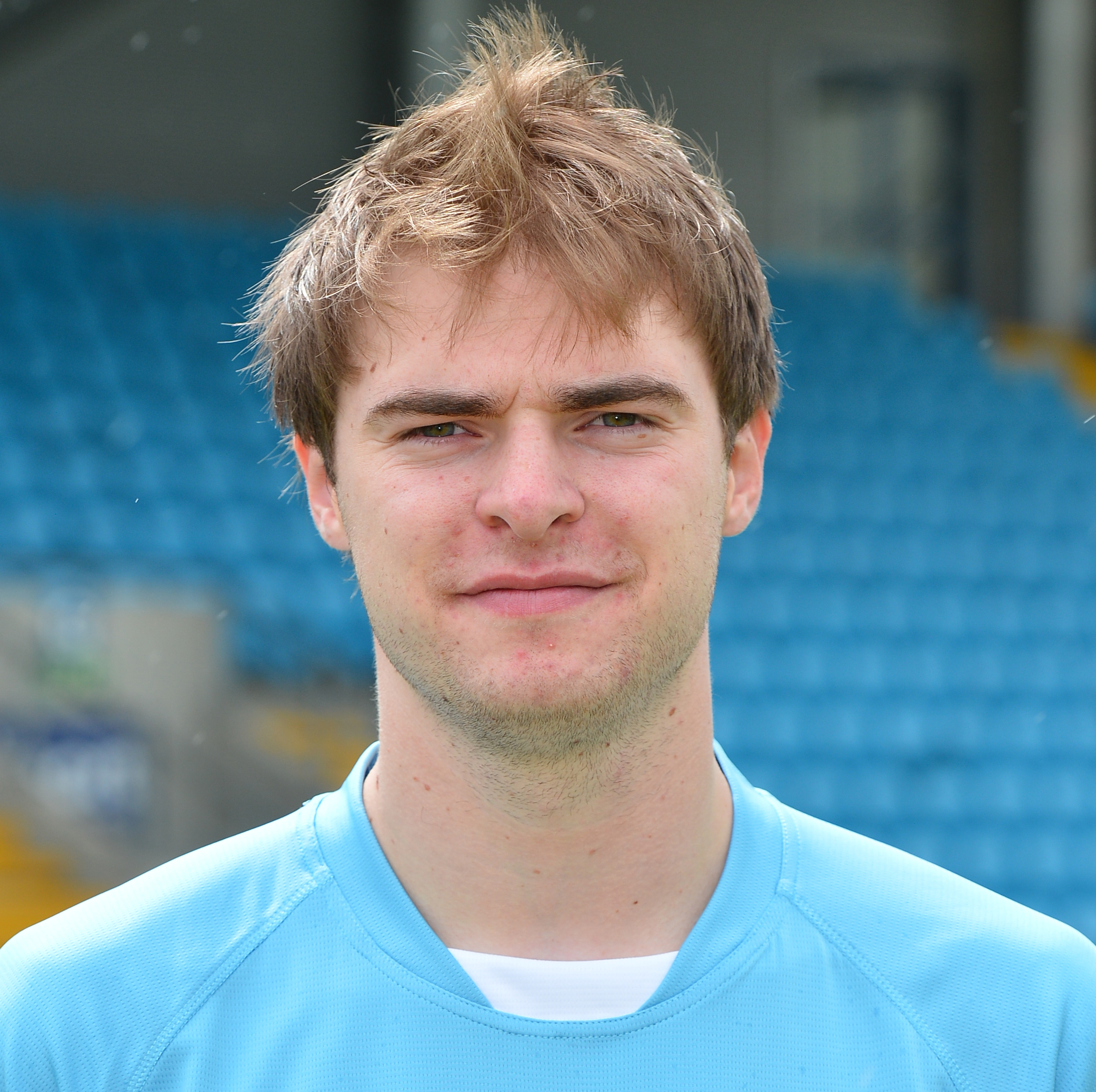 Forward signed by Roy Walker from Portadown in May 2011, who spent just under a season and a half at the Sky Blues.

Before joining Ballymena United, Jordan followed in the footsteps of his older brother, Aaron, by breaking into the Portadown first team under Ronnie McFall as a teenager. Baker had been on the fringes of the team throughout a period of transition for Portadown as they werenât accepted to the newly restructured IFA
Premiership for the 2008/2009 following administrative failures.

It wasnât until the 2009/2010 season, where Jordan really started to make headway at Shamrock Park and impressed onlookers with his whole-hearted displays for a rejuvenated Portadown as they went straight back to the top half of the Premiership following promotion and also reaching the final of the Irish Cup, with Baker scoring against Ballymena United in the semi-finals en route. Jordan started the showpiece final in May 2010 against Linfield, but could not prevent Linfield securing yet another League and Cup double that year.

The 2010/2011 season was his final one at Portadown, at the start of the campaign he was an unused substitute for the Portadownâs Europa League games against Skonto Riga (Latvia) and Qarabagh (Azerbaijan). Despite starting another cup final, this time a League Cup final defeat to Lisburn Distillery at Mourneview Park â the 21-year-old was struggling to hold down a regular starting spot for Ronnie McFallâs side and it ultimately spelled the end of his time at the club.

In a mass overhaul of his Ballymena United side, Roy Walker brought Jordan alongside Ports team-mate Alan Teggart to the Showgrounds in the summer of 2011. It was an instant impact for the towering forward, as he scored four goals in his first four games for the Braidmen, including one on his debut against Lisburn Distillery and a stunning last minute winner against Donegal Celtic at Suffolk Road in August 2011. Despite the encouraging start, the goals quickly dried up and only two more followed for the remainder of the season as Walker pushed Baker out into wider positions. In February 2012, Jordan was suffered a broken jaw following an assault in Belfast which effectively ended his involvement for the season under newly appointed United boss Glenn Ferguson.

Following a return from the assault, a frustrating pre-season hampered by niggling injuries in 2012, limited his appearances to just a couple from the bench for the Sky Blues, before a parting of ways in November 2012. Glenn Ferguson and Jordan agreed to mutually terminate the final six months of his contract to allow the 23-year-old striker to join his brother at Derriaghy CC in the Amateur League. His spell at Warden Street finished with six goals in 34 games.

Baker spent the next two and a half years at Derriaghy, regaining his confidence and scoring goals with regularity. In June 2015, Ards manager Niall Currie tempted the forward back to Irish League football to join his promotion push. It was a memorable season for the North Down side as they won the 2015/2016 NIFL Championship title and came close, losing in the finals of both the League Cup (to Cliftonville) and Intermediate Cup (to Institute).

Despite the success at Ards, Jordan opted to return to Derraighy for the 2016/2017, but returned to the Championship in January 2017, signing for Dean Smithâs Loughgall.