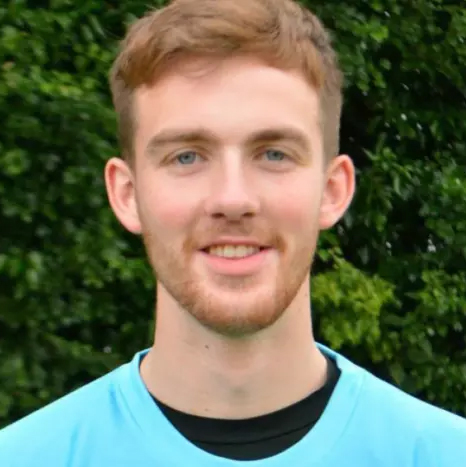 The Broughshane born goalkeeper was a regular throughout the Ballymena United Youth Academy teams, having had strong family links to the Sky Blues through uncles Sammy McAuley, Jeff Blair and George Blair who all turned out for the senior side.

The 2011/2012 season marked a accelerated rise to senior football for Cairns, who was elevated to Clifford Adamsâ young Reserve team side midway through the season as a 16-year-old. Stellar performances in the second string afforded the young keeper an opportunity to step up to Glenn Fergusonâs senior side for the final game of the season against Lisburn Distillery in April 2012. With all other goalkeepers unavailable, the local lad performed well between the sticks as United finished their season off with a 3-2 victory.

Two months after the season ended, he broke his ankle which prevented his participation in the 2012 Foyle Cup tournament with Ballymena United Under-19âs who finished runners-up to Hibernian. Cairns recovered in time for the start of the 2012/2013 campaign, which was spent exclusively under new Reserve team manager David Dorrian at the Showgrounds as he continued his development.

At the start of the 2013/2014 season, 18-year-old Macauley was sent out to Championship 2 neighbours Wakehurst for first team experience. Following a goalkeeping crisis at the Showgrounds which seen both Dwayne Nelson and Stuart Addis both suffer long term injuries over the winter period, the call was put out for Cairns to return to be an understudy to newly acquired custodian Aaron Shanahan. Macauley quickly returned to assist Glenn Ferguson, making a handful of first team appearances, mostly to prevent injury to Shanahan ahead of some big Irish Cup games as the Sky Blues eventually lost in the final to Glenavon in May 2014.

With the return to fitness of Fergusonâs experienced stoppers during the 2014/2015, a move to Championship 1 side Dundela was facilitated by the club in order to provide further competitive first team experience in January 2015 alongside United team-mate Matthew Ferguson. Despite the invaluable experience, the teenager couldnât help the struggling Wilgar Park side who eventually finished bottom of the second tier and suffered relegation to Championship 2.

New Wakehurst manager Paul Muir moved to bring Cairns back to the club as he started rebuilding an aging âHurstâ outfit to maintain their status in Championship 2 which was awaiting restructuring. Following a difficult start, Wakehurstâs stay in Irish League football was under serious strain from the start of the season, with Muir departing in January 2016 soon followed by Cairns â who dropped down to the Ballymena Saturday Morning League with Carniny Rangers.