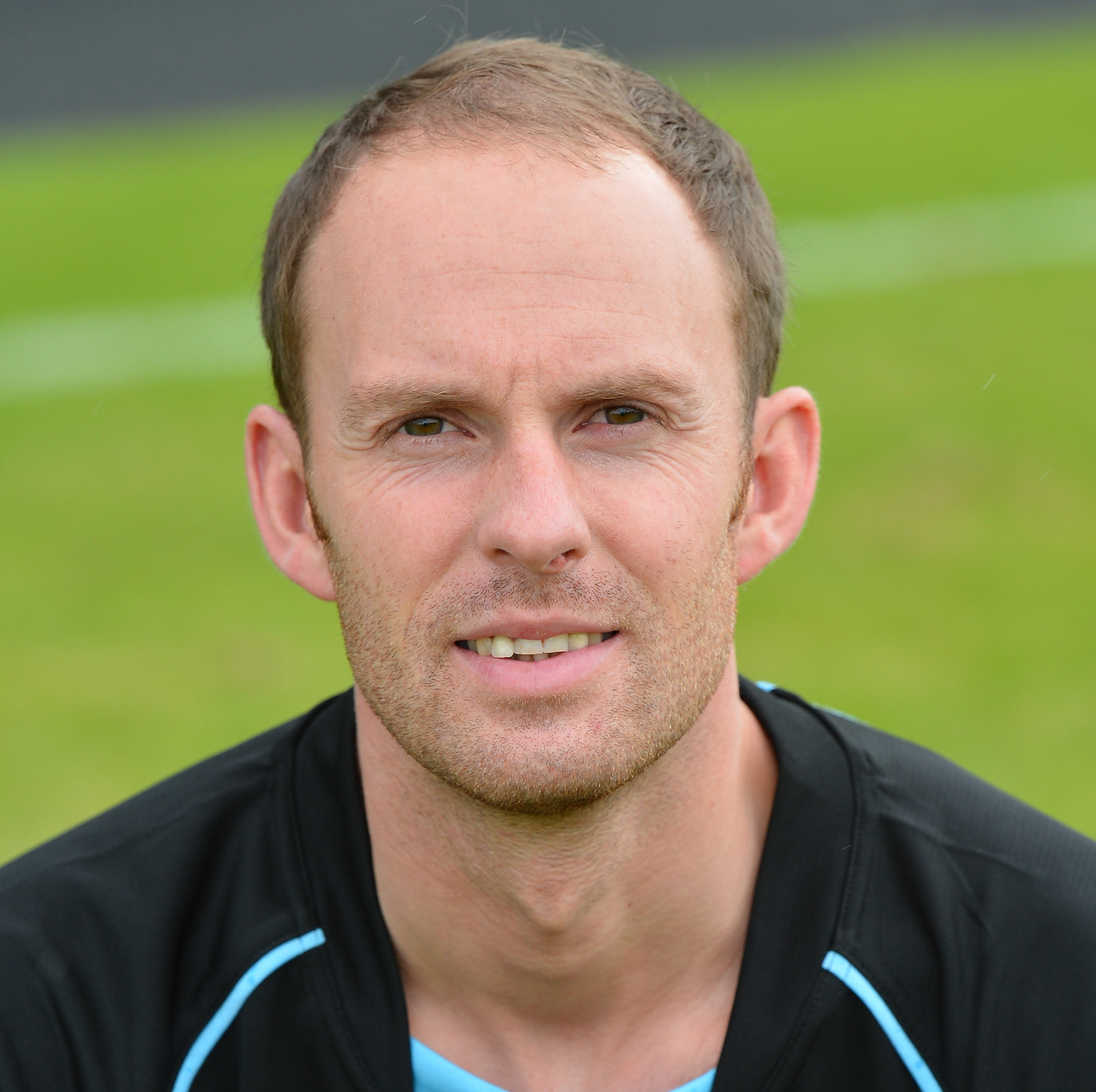 Experienced goalkeeper who had three separate spells at the Sky Blues over 13 years but will be best remembered for his heroics in the 2012 County Antrim Shield final.

The son of former Distillery goalkeeper Selby Addis, it all began for the Lisburn born stopper at Glenavon, having forged his teenage career through Lisburn Youth, Glentoran and Dunmurry Rec before signing non-contract forms with Glenavon in August 1998.

It wasn't long before the 19-year-old made his senior debut for Roy Walker's Glenavon side in a comfortable 5-0 Gold Cup victory over Dungannon Swifts and followed it up a few weeks later in a 1-0 defeat to Crusaders in the Irish League Premier Division. Addis proved a more the adequate deputy for Dermot O'Neill, during his debut 1998/1999 season.

Walker brought in Phil Matthews from Larne for the 1999/2000 season with O'Neill having departed to Ballymena United and therefore sent Stuart on loan to Armagh City in the the First Division in August 1999. His stay at Holm Park only lasted six weeks and eight games as he was recalled to Mourneview Park to deputise for Matthews, only to establish himself as first choice goalkeeper in the 1999/2000 season.

His first form continued as Colin Malone replaced Walker in the Lurgan dugout and lead Glenavon to a second place finish in the Premier Division and also the final of the League Cup (which Glenavon lost 1-0 to Glentoran). Addis was a virtual ever present in the season's surprise package, having also featured in his first European games - as Glenavon lost on aggregate to Slaven Belupo from Croatia in the UEFA Intertoto Cup.

With the weight of expectation, the following 2001/2002 campaign was disappointing for Addis and Glenavon as despite the early season optimisim from pushing Scottish Premiership side Kilmarnock all the way in the UEFA Cup - the Lurgan Blues would finish a disappointing seventh and Addis would lose his place early in the season to Paul Rice. He was even permitted to leave on loan in February 2002, joining First Division Ballymena United for the remainder of the season (the first of three spells with the Sky Blues!).

Following a release from Glenavon, Addis (now 23) signed for Newry Town for the miserable 2002/2003 campaign which seen the border side finish bottom of the Premier Division and only retain their senior status via the relegation playoff victory over Bangor. The following season under new manager Roy McCreadie was slightly more positive for the club, but Addis found himself sharing goalkeeping duties with John Connolly.

On the move again in the summer of 2004, he found his way to Stangmore Park and under Joe McAree helped Dungannon Swifts to a stunning fourth place finish in the top division, the club's highest ever position in the Irish League. Once again, Stuart found himself out of favour the following season, and was freed to move to Ballymena United in January 2006 as cover for William McFrederick in Tommy Wright's new look team but only managed a handful of appearances at the end of the 2005/2006 season.

By the summer of 2006, he had slipped behind Paul Murphy and the emerging Sean O'Neill in the Showgrounds pecking order and was allowed to join Loughgall on loan in August 2006 for the first half of the season. He was eventually released in May 2007 and within a few weeks had completed a return to Armagh City under former Glenavon team-mate Gary McKinstry.

In the summer of 2008 and the introduction of the newly restructured IFA Premiership, Stuart opted to remain in the top-tier by signing for David Jeffreyâs Linfield to provide cover for Alan Mannus. Addis remained on the sidelines for the majority of the 2008/2009 campaign, playing only seven times â over half of these games in the Bluesâ run to the final of the County Antrim Shield which ended in defeat to Cliftonville.

Stuart remained as the perceived back-up as Alan Mannus departed for Shamrock Rovers to be swiftly replaced by Alan Blayney, signed from Ballymena United. It was a shaky start to life at Windsor Park for the former Southampton goalkeeper, which allowed Addis to step in and play a vital role throughout the season as the South Belfast club won back the Irish League title and also won the Irish Cup. Addis was an unused substitute in the showpiece final victory over Portadown, but amassed 18 appearances over the course of the 2009/2010, it would be a season high total during his time at Linfield.

The following year Blayney returned to form and coupled with injury, it left Stuart struggling for game time in South Belfast, he had a short loan spell at his local side Lisburn Distillery in January 2011, helping Tommy Wrightâs side to victory in the semi-final of the League Cup against Newry City before returning to Windsor Park, to watch on as his team-mates won a second League and Cup double. The emergence of Ross Glendinning during 2011/2012 would ultimately spell the end of Addisâ time at Linfield, but his time ended with a third consecutive League and Cup double as he moved on having made only 38 appearances over four seasons.

Former Linfield team-mate Glenn Ferguson brought the goalkeeper back to Ballymena United for a third spell in June 2012 to compete with Dwayne Nelson for the number one jersey. The Sky Blues suffered an indifferent start to the season and following a heavy 8-0 defeat to Cliftonville with Nelson in goal, Addis found himself back in the team just in time for the County Antrim Shield final against Linfield in which will go down in club folklore with Addisâ penalty heroics in the shootout ending 23 long years without a trophy at Warden Street.

Playing time at the Showgrounds always seemed to come in small bursts for the custodian, as an injury to Nelson allowed for an extended run in the team through the Autumn of the 2013/2014 campaign before a badly dislocated finger suffered on Boxing Day against Coleraine would keep him out for the remainder of the season and mean missing out on the Irish Cup final against Glenavon. He returned to the first-team fold almost a year later after complications with the dislocation but following a run in the team during late 2014, he was dropped for the League Cup final against Cliftonville after conceding five against Portadown the week before. Not content with either goalkeeper, Ferguson swooped to bring in Australian Tim Allen for the remainder of the 2014/2015 season.

The 35-year-old was released from his contract following itâs expiry in May 2015 and despite original indications that he may retire from the game, he was recruited by Dungannon Swifts in August for the 2015/2016 as cover for first choice, Andy Coleman. Now in his 40's, Addis continues to roll back the years with the Swifts as a reliable figure when called upon between the sticks at Stangmore Park and also starred in the County Tyrone club's finest hour when they defeated Ballymena United in the 2018 League Cup final at Windsor Park in what was Dungannon's first and only major piece of silverware.