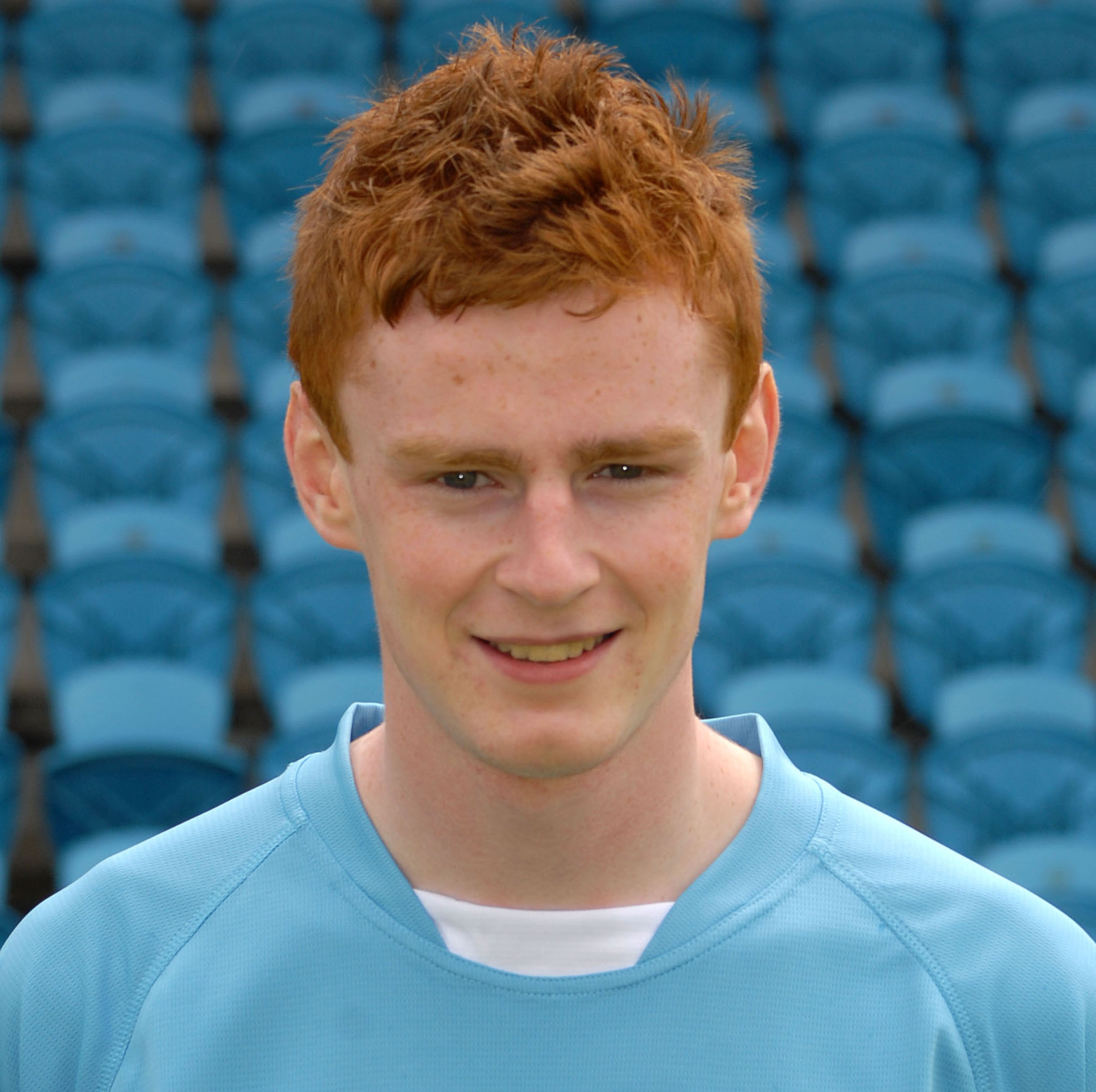 Talented one-club defender who captained the Sky Blues to the County Antrim Shield in 2012, retired prematurely with over 200 club appearances to his name.

Aaron (often known by the nickname âArchieâ) is the son of former Irish League great Alfie Stewart and joined Ballymena Unitedâs newly established Youth Academy in 2002 when his father was captaining the Sky Blues in the twilight of his stellar career. It was through David Dorrianâs hugely successful Reserve side that Stewart began making a name for himself, playing in defence in the 2006/2007 Reserve League Championship winning side which included the likes of Sean OâNeill, Johnny Flynn and David Cushley.

Unlike his peers promotion to the first-team panel was not as immediate, as it was not until September 2008 that Stewart was brought into the fold with Roy Walkerâs new look team struggling badly at the beginning of the season. Aaronâs debut season was marred by personal tragedy following the sudden death of his mother as they travelled to the Showgrounds for a game against Linfield in October 2008.

United eventually survived relegation as the 19-year-old quickly established himself in the side the following (2009/2010) season with his excellent reading of the game pace at the back. Whilst the Sky Blues continued to break little ground in the league, the Braidmen reached the Irish Cup semi-finals in April 2010, but agonisingly for Aaron â his penalty miss in the shootout meant that Portadown progressed to the final against Linfield instead of his side. He quickly bounced back as he was called into the Northern Ireland Under-23 squad by Ronnie McFall, winning caps against Poland and Portugal in the International Challenge Trophy at the start of 2010/2011.

Roy Walker appointed Aaron as vice-captain to new signing Allan Jenkins ahead of the 2011/2012, a position which he retained under Walkerâs successor Glenn Ferguson in January 2012. The Magherafelt born defender had already surpassed 100 appearances for the Sky Blues before his 21st birthday, who eventually led the Sky Blues to their first senior trophy in 23 years, as he turned out a man of the match performance in the County Antrim Shield victory over Linfield on penalties â captaining the side with Jenkins resigned to the bench due to injury.
United failed to push on in the League following the end of the trophy hoodoo, but continued to have sustained success in progressing in the cup competitions. Unfortunately Stewartâs Irish Cup semi-final bad luck continued as he picked up an injury in the last four tie with Queenâs University which ultimately cost him a starting place in the decider against Glenavon in May 2014, which the Sky Blues narrowly lost 2-1 at Windsor Park.

It was the 2014/2015 season which things started to turn sour for the now 25-year-old defender, no longer a regular figure for Ferguson, he had suggested to the manager that a move would be beneficial to rejuvenate the increasingly disillusioned figure. A dislocated shoulder in October 2014 in a game against Warrenpoint Town, the first major injury of Aaronâs career, prematurely ended his season. It would be the last game he would play for the Sky Blues, as following the expiration of his contract; he took the decision to take an indefinite break from Irish League football and subsequently ending his 14-year association with the club.

There has been attempts to coax Aaron out of his âretirementâ but to no avail as Stewartâs football career prematurely has ended as a one club man and a trophy winning captain with over 200 appearances.