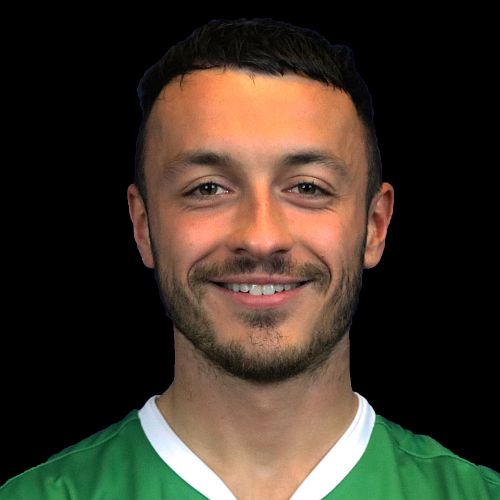 A deadline day loan signing by Glenn Ferguson in January 2016 from Linfield, Frazer was a skilful winger who impressed during the second half of the 2015/2016 season.

Born in Ballyclare, Frazer graduated quickly through the Linfield ranks after playing his youth football at Greenisland. In January 2015, aged only 18-years-old, he made a temporary switch to Warrenpoint Town during this first season in the NIFL Premiership, impressing many onlookers as the border club ensured their top-flight survival during the 2014/2015 campaign.

Following a return to Linfield, he made his first-team debut for the Blues under Warren Feeney against Glebe Rangers in the League Cup in September 2015, before going onto sign his first professional contract at the National Stadium in December 2015. With Ballymena United looking to boost their attacking ranks, Frazer came highly recommended by United coach Sammy McFadden â a former Linfield Swifts manager of the young winger.

Despite starting his United career with a disappointing derby defeat to Coleraine at Warden Street in February, his pace and tenacity impressed many United supporters and also new Ballymena United manager David Jeffrey who retained faith in young Frazer following Fergusonâs dismissal in March 2016. Jonny finished his loan spell with 12 appearances and 1 goal (against Dungannon Swifts in April).

Following the expiration of his loan deal after the final game of the NIFL Premiership season, Frazer returned to his parent club having publicly expressed his gratitude to Ballymena for the opportunities afforded to him during his stay. Chances remained difficult to hold down in South Belfast under new boss David Healy, but Frazer starred as Linfield Swifts won the 2016/2017 Steel and Sons Cup on Christmas Eve against Dundela.