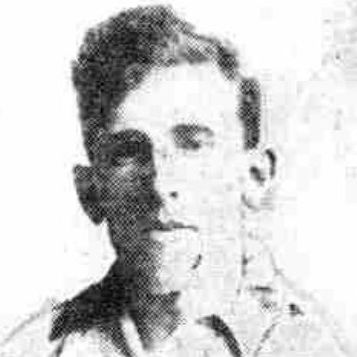 Immortalised by featuring in the clubâs first ever game, journeyman forward James Woodrow made four appearances during the Ballymenaâs debut 1928/1929 season.

Having initially began his career with Belfast based Junior side Sandown Park and then Leoxonians in the early 1920âs, Woodrowâs progression to senior football was slow and steady. He started a busy 1924/1925 season with Ards II, but had greater success returning to Lexonians (of the Northern Amateur League) in the second half of the season, before guesting for his old club Sandown Park in the final months of the season as they won the Beattie Cup and were beaten finalists in the Firth Cup.

A new challenge with newly elected Alliance First Division club Albion Rovers started in the summer of 1925, but within a month of the new season he was on the move to Cliftonville. Having initially been signed for the clubâs Olympic (reserve) team, it took only one game to gain promotion into the senior ranks of the North Belfast club. Woodrow was an instant success at Solitude, chipping in with nine goals and was part of team which won the County Antrim Shield for the first time in 28 years, following a 5-1 win over Glentoran. He was described in the Northern Whig as âone of the best inside lefts in the leagueâ.

His impressive season for Cliftonville caught the attention of Linfield across the city, who moved to secure the signature of James in May 1926. His debut for the Blues came ironically against Cliftonville in a 4-0 win in the opening game of the 1926/1927 season, and his first goal for his new club came followed the next week against Larne. Having initially started the season as regular selection in the starting eleven at Windsor Park, his appearances became more sporadic throughout the campaign and missed out on winners medals in the Gold Cup, City Cup and Charity Cup. Whilst remaining a registered Linfield player, Woodrow sat out the entirety of the 1927/1928 season.

One of the clubâs early recruitments in June 1928, Woodrow started the maiden bow for senior football in Ballymena against Belfast Celtic in August 1928, he would feature in the next handful of early season fixtures before losing his place in the team when future international James âHoodyâ McCambridge moved up the field from half-back to the forward line with great success. Whilst Woodrow remained on the periphery of the Light Blues team during their remarkable debut season, he managed just four appearances in total (without a goal) and failed to make the team for the Irish Cup final success.

In September 1929, James dropped down to Intermediate football with Dundela but managed only a few early season appearances before disappearing from the game completely. At just 28-years-old the inside forwardâs career was over through causes unknown.