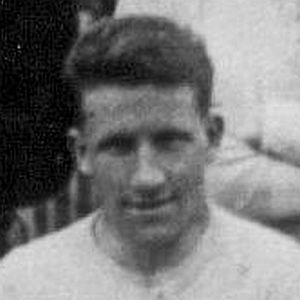 Fourth in the clubâs all-time goalscorers chart, Shiels was one of the original idols of the Ballymena team across two spells in the formative years of senior football in the town.

Born in Longford in 1909, Shiels swapped Leinster for Ulster â beginning his footballing career with Ballymoney in the Intermediate Leagues. After breaking through towards the end of the 1926/1927 season, the 18-year-old came to life the following year, scoring with regularity for Ballymoney as they finished fourth in the Intermediate League Second Division in the 1927/1928 season.

Shielsâ performances at centre-forward were beginning to attract the attentions of senior clubs, with Portadown showing serious interest, but it was league newcomers Ballymena who sealed the teenagerâs signature in July 1928 for their debut campaign in the Irish League. Departing with the blessings of Ballymoney, he started the Sky Bluesâ first competitive game against Belfast Celtic the following month, and his first senior goals in his third game â a brace in a 3-3 draw against Coleraine at the Ballymena Showgrounds.

The goals simply didnât stop flowing for Shiels in a remarkable debut season at the Braid â 42 goals in 37 games during the 1928/1929 season as the âBallymena Babesâ impressed many onlookers, particularly with their triumph in the Irish Cup final against Belfast Celtic in March 1929, a game in which Jamie had opened the scoring in a 2-1 victory over the Irish League champions. Shiels also picked up a runners-up medal in the City Cup competition, as Ballymena finished sixth in the standings.

He proved not to be a one season wonder, as a further 30 goals in the 1929/1930 campaign fired Ballymena to another Irish Cup final, but despite two goals against Linfield â the team fell to a 4-3 defeat at Celtic Park. Remarkably despite 74 goals in two seasons in senior football, both International and League representative honours alluded Shiels who watched on as forward-line partner âHoodyâ McCambridge was transferred to Everton in February 1930. A series of niggling injuries hampered the 1930/1931 season as he shared the central forward berth with Jamie Murphy and eventually contributed just 14 goals â his lowest total to date. A third consecutive Irish Cup final ended in defeat to Linfield once again, this time without a goal in the showpiece as the Light Blues were defeated 3-0 at The Oval.

Scouted by Mr. Arthur Dixon, he joined Dublin based club, Dolphin in July 1931 after failing to agree terms with Ballymena for a fourth season. Despite having his professional registration retained by the club, he joined star performers David Reid and Jamie Murphy in an exodus to the Free State League. Shiels flourished in his new surroundings, as Dolphin performed well in their first season in the top division after having won the Leinster Senior League previously. Having formed a prolific partnership with Jonny Summers â the club narrowly lost the final of the FAI Cup to Shamrock Rovers at Dalymount Park in April 1932 in front of 32,000 spectators.

After less than a year in the Free State League, Shiels returned back North to rejoin the Light Blues. Ballymenaâs much changed team now included two team-mates from the inaugural 1929 season as the club tried valiantly to recapture those glories without success in the 1932/1933 season. A brace on his second debut against Newry in August 1931 bode well for the season, but it proved a major disappointment as the club finished in their lowest league position to date (eighth) and exited the Irish Cup at the first hurdle. The 23-year-old forward returned only 16 goals in total, and yet despite strong overtures of a swift return to the League of Ireland, he committed to Ballymena once again in the summer of 1933.

Optimism was high going into the 1933/1934 season following Ballymenaâs summer recruitment which included the Ireland international trio of Gerry Morgan and the Mahood brothers, Jack and Stanley. Shiels as the leader of the Braid attack returned to form with 26 goals throughout the campaign, and whilst a title-charge looked like a possibility at the mid-point of the season, Ballymena eventually fell away to fifth in the standings. Both the season and the club unravelled following the drama surrounding the Ballymena clubâs suspension from football over alleged illegal payments to their amateur players. This sadly ended in the withdrawal of Ballymena FC from the Irish League and subsequent liquidation of the townâs first senior football club after just six seasons.

Left in limbo, Shiels and his professional peers had their registrations held and offered to the new Ballymena United club that emerged from the ashes. Given the uncertainty, many of the players sought pastures new â including Jamie who, although had been touted to stay at the Showgrounds, eventually signed for Belfast Celtic in June 1934. This transfer ended a proud association with the club and a fine goalscoring record of 125 goals in 183 appearances, across his two spells.

With his expectations, Shiels made his debut for hoops in August 1934 in a 8-0 rout of Newry Town at Celtic Park, his early season performances caught the attention of Derby County who were touted to be keen on the forward that Autumn. Shiels bagged his first winnersâ medal in five seasons when he won the Gold Cup in December 1934, following a 4-0 win over Linfield. It proved an indifferent season as Shiels struggled for consistent form and games, as Celtic eventually finished third in the table â but he did manage a goal-glut on his return to the Showgrounds, scoring four times against Ballymena United in one game.