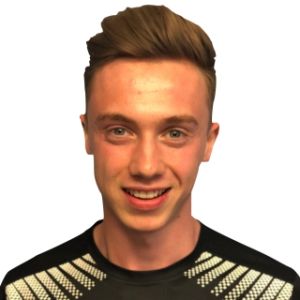 Ballymena Unitedâs youngest ever goalscorer at the age of 15, Matthew Shevlin was destined for greatness and the subject of major interest from professional clubs across the water, but injuries have stalled a promising career for the young striker.

A virtual unknown to Ballymena United supporters when he came off the bench in November 2014 against Ballinamallard United and scored the third goal in a 3-0 win a few weeks short of his sixteenth birthday, he was soon the talk of the town. Having only joined the club from Carniny Youth during the summer of 2014, where he had been plundering the goals throughout the age groups for years, Shevlin (a nephew of former Linfield and Coleraine goalkeeper Wes Lamont) looked every bit the next breakthrough star at the Showgrounds.

Manager Ferguson rightly sought to protect his young striker during his first season with only a handful of first team outings, as the young Ballymena born striker continued to fire goals aplenty for the Reserve and Thirds teams during the 2014/2015 season. By the start of the following season, having signed a two year professional deal with Ballymena, Shevlin was blooded into the first team and repaid his managerâs faith with a flurry of early season goals which had the scouts on the phone almost instantly. There was confirmed interest from Rangers, Celtic, Everton, Sheffield United and Charlton Athletic for the Ballymena Academy student.

Already having played for the Northern Ireland Under-19 side, three years ahead of schedule, a formal bid was rejected from Premier League side Crystal Palace and the young striker was set to stay and learn his trade at his local club for the time being. Unfortunately the early season success slowly disappeared as United struggled in the league as niggling injuries, fatigue of countless trials & international trips hampered Matthewâs form in front of goal. Limited to mainly substitute cameo appearances, Matthew picked up his first senior medal winning the County Antrim Shield in January 2016, after coming off the bench in the 3-2 victory over Linfield. It was the strikerâs second medal of the season having already picked won the Milk Cup senior section during the summer, being part of the first Northern Irish county side to win the tournament.

It was a similar story going into the 2016/2017 under new manager David Jeffrey, as persistent injuries prevented Matthew from staking a consistent claim for a spot in the first team and in January 2017, as part of the deal that brought Joe McKinney to the Showgrounds, Shevlin was sent out on loan to Ards to gain invaluable Premiership experience for the remainder of the campaign.

Five goals towards the end of the season for Colin Nixon's side helped recapture his spark in front of goal, he returned to the Showgrounds and signed a new two year deal with his hometown club in May 2017.