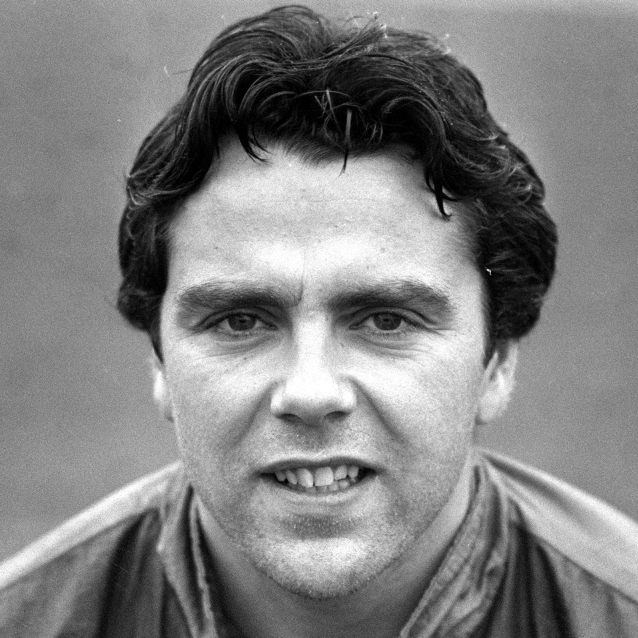 Talented winger who won the Young Player of the Year and the Irish Cup in 1989 before injury curtailed his career during a second spell at the club.

Born in Londonderry, Curry moved to the town of Ballymena at a young age and was spotted as one of the most promising young players aged 14. He secured a move to First Division side Manchester City on 1st July 1986.

During two years at City he shared digs with Chris Coleman (who would later manage Wales), but the teenager failed to break through into the Maine Road first-team after breaking an ankle on two separate occasions.

Despite interest from Linfield, it was Ballymena United Chairman Gordon McIlrath that personally convinced the winger to sign for his hometown club on a one-year contract under the guidance of Alex McKee. His competitive debut had to wait until November 1988 against Cliftonville.

In June 1989 he travelled with the Northern Ireland Under-19 team to take part in the Venice International tournament, scoring the winning goal in the opening game victory against Italy.

Despite renewed interest from Linfield, Lindsay signed a new contract in August 1989 ahead of his first foray into European competition, as the Sky Blues faced RSC Anderlecht in the European Cup Winners' Cup first round.

The move to Linfield finally materialised in October 1990, but it was to be a trophlyless season for Eric Bowyer and the Blues as they continued the transition in the post Roy Coyle years. Linfield finished a disappointing seventh in the Irish League and didn't as much as make the final of any domestic competitions - as Curry made 30 appearances, scoring seven goals in his first season at Windsor Park.

The 1991/92 season was an improvement for Bowyer and Curry but still not the standards expected of the demanding South Belfast faithful, the Blues lost the 1992 Irish Cup final to Glenavon at the Oval and the Floodlit Cup final to Omagh Town at the same venue, whilst also finishing third in the Irish League. Curry picked up his first major honour with the Blues, winning the League Cup in April 1992 after defeating Larne 3-0 in the final - the winger made 48 appearances, scoring 17 goals for the Blues, Curry's highest goalscoring return in his Irish League career.

The Gibson Cup returned to Windsor Park in 1993, but by this stage Curry was no longer a regular in the starting eleven under new boss Trevor Anderson who had replaced Bowyer earlier in the season. Lindsay was a substitute as Linfield lifted the Ulster Cup in September 1992, as Ards were defeated by two goals without reply.

A move to Larne ahead of the 1993/94 season promised much but delivered little as the Invermen endured a nightmare season, churning through four managers and finshing 15th in the Irish League.
...

His final appearance for the Braidmen came as a substitute on the opening day of the 1996/97 season away to Dungannon Swifts but without the guarantees of featuring regularly for Alan Fraser's new look side, he parted ways with United in August 1996. The final stop of Curry's senior career came with a short-term move to Coleraine under Kenny Shiels, but the 27-year-old winger could only manage one substitute appearance in April 1997 as the Bannsiders narrowly missed out on winning the Gibson Cup.

Lindsay Curry drifted back to junior football in his native Ballymena, resurrecting his career in the Saturday Morning League primarily with Carniny Rangers firstly as player and then as manager (from the start of the 2000/01 season), winning multiple trophies including the First Division title in his first season as player-manager in 2001.

At 34-years-old, he won the Saturday Morning League Player of the Year award in 2004, but following his retirement from the game he moved into youth coaching at Carniny Youth & Amateurs.