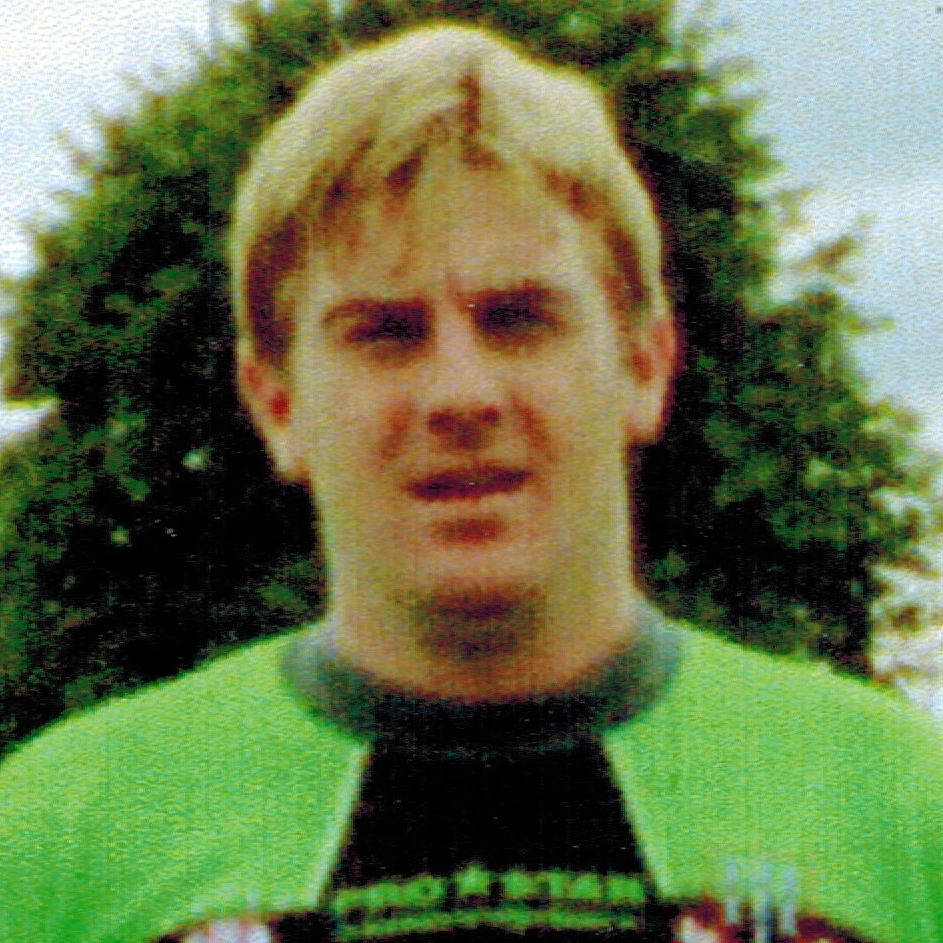 Dual code former All-Ireland winning goalkeeper with Donegal spent two seasons at the club after a successful short loan spell at the turn of the millennium.

Born in 1971 in Glasgow, Callaghan quickly shot to prominence as a teenager keeping goals for both Finn Harps and his local GAA side Burt, the club based not far from the Donegal-Derry border. The 18-year-old stopper had broken through towards the end of the 1989/1990 First Division season at Ballybofey as an 18-year-old whilst at the same time was representing his parish at club football level in tandem.

Despite trials at both Leeds United and Bradford City with the hope of a professional career in âsoccerâ, it was Gaelic football which took immediate priority in Paulâs sporting priority order. He had emerged on the fringes of Donegalâs County side making his county debut in the 1992 McKenna Cup against Monaghan. He was first reserve to goalkeeper Gary Walsh as in September 1992 he won the All-Ireland Senior Football Championship as an unused substitute behind Gary Walsh after a four point victory over Dublin at Croke Park in front of 64,000 fans.

At the same time Callaghan was also now playing as a regular for Derry City Reserves, failing to displace Dermot OâNeill in the Brandywell goal with the Candystripes competing regularly at the top end of the League of Ireland in the early nineties. The number two also missed the opportunity of a European bow as he missed Derry Cityâs UEFA Cup clash with Dutch side Vitesse Arnhem due to his Gaelic football commitments during the 1992/1993 season.

It wasnât until August 1996, when the big blonde goalkeeper made his way to the Irish League â joining Omagh Town under Roy McCreadie. It proved to be a breakthrough season for Paul â as he helped the County Tyrone club win promotion back to the top-flight as runners-up behind First Division champions Ballymena United during the 1996/1997 campaign. Town also lifted the North West Cup during that season, but Callaghan did not feature in the final.

In 1997, there was also a breakthrough in the Donegal setup, as he made his first Championship appearances for the Ulster side after being elevated to first choice. His tenure was short lived after a groin injury curtailed his 1998 campaign, he lost his place to Tony Blake who would covet the number jersey for five successive years.

Omagh survived their first season in the newly formatted Premier Division by virtue of a relegation play-off victory over Bangor in the 1997/1998 season, but despite playing over half of the league games that season â injury and a prioritisation of his county commitments meant that the âkeeper stepped back from the action for much of the 1998/1999 season â making only a single appearance as Omagh Town were relegated back to the First Division, 14 points adrift at the foot of the table.

Callaghan's most memorable outing in goals for Omagh Town may have been a 9-0 defeat, but he started at St. Julian's Road as Sir Alex Ferguson's Manchester United for a benefit game for Omagh Memorial Fund after the town centre bombing a year earlier. Teddy Sheringham scored four goals in August 1999 in front of 7,000 fans in a summer that also includes games against Chelsea and Liverpool.

Ballymena United manager Nigel Best came calling in December 1999 as he sought to freshen up his flagging side who sat second bottom of the Premier Division at the turn of the millennium. Initially on loan â Callaghan made his United bow in the 3-2 defeat to Linfield at Windsor Park as the first club debutant of the 2000âs. Back-to-back clean sheets earned Callaghan a permanent switch to the Showgrounds, ironically dislodging 39-year-old Dermot OâNeill who had kept him out of the Derry City side almost a decade earlier.

Callaghan made eight appearances during the 1999/2000 season as the Sky Blues managed to survive relegation by the skin of their teeth during a final day miracle against Portadown which lifted the Braidmen to safety. OâNeill retired in the summer of 2000 â paving the way for the 29-year-old stopper to become Bestâs first choice for the new campaign. Despite an encouraging start, it proved to be a disastrous period for both club and player as he lost his place in goals to Alex Spackman after the 4-0 hammering by former club Omagh Town in November 2000.

Manager Nigel Best lasted only a further two weeks in charge as Chairman Robert Cupples pulled the trigger in a season in which the Sky Blues used five separate goalkeepers. The Omagh outing proved to be Callaghanâs last of his 23 appearances for the Sky Blues, as new manager Kenny Shiels came in with veteran goalkeeper Tim Dalton in tow as his first signing in January 2001.

In April 2001, Paul made an emergency return to Omagh Town for the final games of the season as he managed three appearances including a clean sheet on his second debut for the club in the 1-0 win over Ballymena at St Julianâs Road. The win all but guaranteed safety for Roy McCreadieâs men â with United eventually succumbing to relegation a few weeks later. It proved to be Callaghanâs last stint in senior football either side of the border as he didnât re-sign for the following 2001/2002 campaign.

Since his retirement, Paul has stayed in sport as Provincial Active Clubs Co-ordinator for the Ulster GAA. He also was appointed goalkeeping coach for the Donegal senior football side under manager Rory Gallagher for the 2017 season.