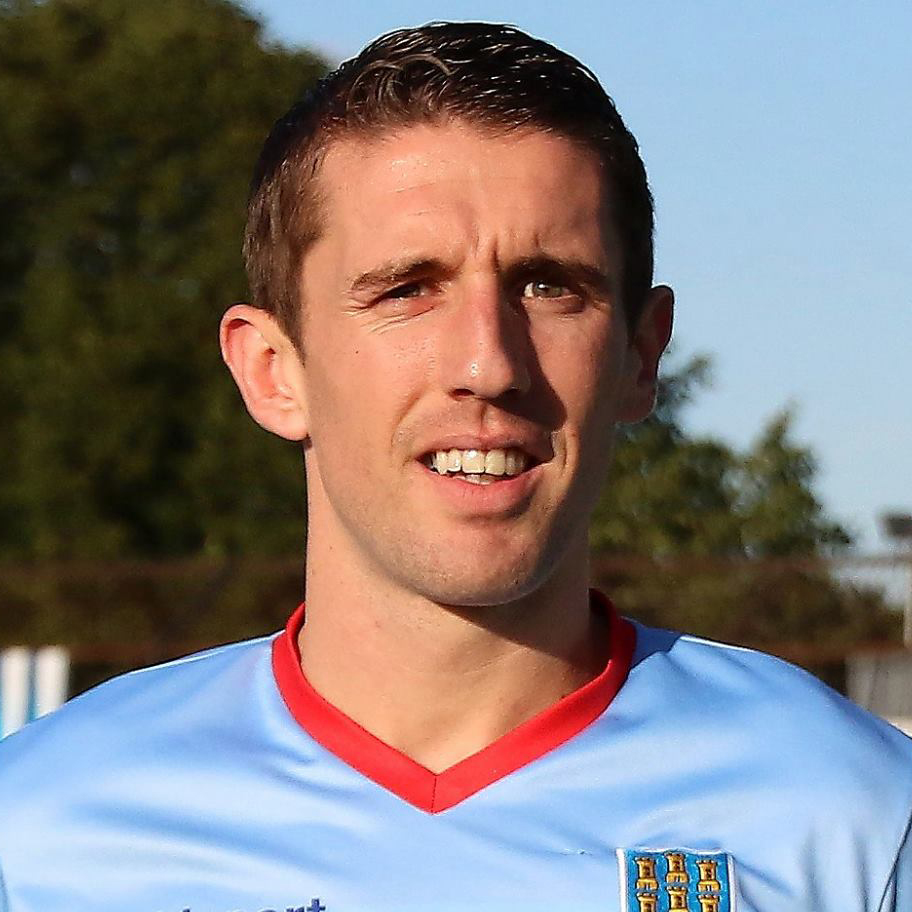 Dynamic central midfielder signed from Lisburn Distillery spent six seasons at the Showgrounds, winning three medals before departing for Crusaders in May 2018.

Born in Killyleagh, Thompson emerged from the youth setup at Linfield, however it was at Larne where he was introduced to the rigours of senior Irish League football. Gary was signed on loan by Inver Park manager Paul Curran at the age of 17 for the first half of the 2007/2008 season, with Larne fighting at the wrong end of the Irish Premier League table.

Having returned with first-team experience under his belt, Gary made his breakthrough at Windsor Park the following season. Making his debut during the second half of the 2008/2009 season. Linfield finished the season trophy-less and despite Thompson making a total of five appearances, the 19-year-old midfielder was released by manager David Jeffrey in May 2009.

Jimmy Brown moved to secure Gary on a two year contract at Lisburn Distillery in June 2009 and a debut in the Europa League qualifiers followed. The 2009/2010 IFA Premiership season started disastrously for Brown and Distillery who eventually parted ways in September 2009, with former Ballymena United manager Tommy Wright coming in and saving the Whites from almost certain relegation to the Championship. Wrightâs midas touch (with Thompson a focal point of his energetic midfield) surprised almost everyone the following year as they finished in the top six and also claimed the 2011 League Cup following a 2-1 victory over Portadown at Mourneview Park, this earned Gary his first senior winnerâs medal. The good times had peaked at New Grosvenor Park for Thompson during the League Cup success, Tommy Wright left the club in November 2011 to become assistant manager at St. Johnstone.

In July 2012, former Distillery team-mate Glenn Ferguson brought the out of contract Thompson to Ballymena United ahead of his first full season with colleague David Cushley making the same switch. Gary settled quickly at the Braid and became a regular figure in Fergusonâs new look team, whilst also winning Unitedâs first trophy in 23 years when the Sky Blues won the County Antrim Shield In November 2012, having defeated Linfield on penalties at the Oval.

His importance to the team was rewarded by Ferguson with a two year contract extension in November 2013 but after the highs of the Shield win the following 2013/2014 ended in disappointment for Gary, as he won a race against time to be fit for the showpiece Irish Cup final in May 2014 against Glenavon, but was harshly sent off by Raymond Crangle as United lost 2-1 to Gary Hamiltonâs Lurgan men.

Injury problems plagued a stop start 2014/2015 season for the midfielder, but despite this Ferguson had no qualms in drafting the now cup final veteran in for the League Cup final in January, which unfortunately ended in another defeat â this time to Cliftonville at Windsor Park. By this stage Gary had surpassed 100 appearances for the Sky Blues and a year later, he banished the cup final rut as part of the County Antrim Shield winning side of 2015/2016, after again defeating Linfield in the final for his second Shield medal.

New United boss David Jeffrey offered Gary a new two year contract in May 2016 to keep him at the Braid. During the 2016/2017, Thompson came off the bench in February 2017 during the League Cup final win over Carrick Rangers for his third winnersâ medal at Ballymena United â elevating him to a select band of the most decorated United players in club history.

Thompson missed the opportunity to add to his medal haul during the 2017/2018 as he suffered a broken foot during the Boxing Day derby with Coleraine which ruled him out of both the County Antrim Shield and League Cup final defeats, whilst arguably in the best form of his career at the Showgrounds during the first half of the season.

In May 2018, reigning Premiership champions Crusaders announced the signing of Thompson on a three year professional contract, bringing an end to his Ballymena United career with 194 appearances, 21 goals and three winners' medals to his name.