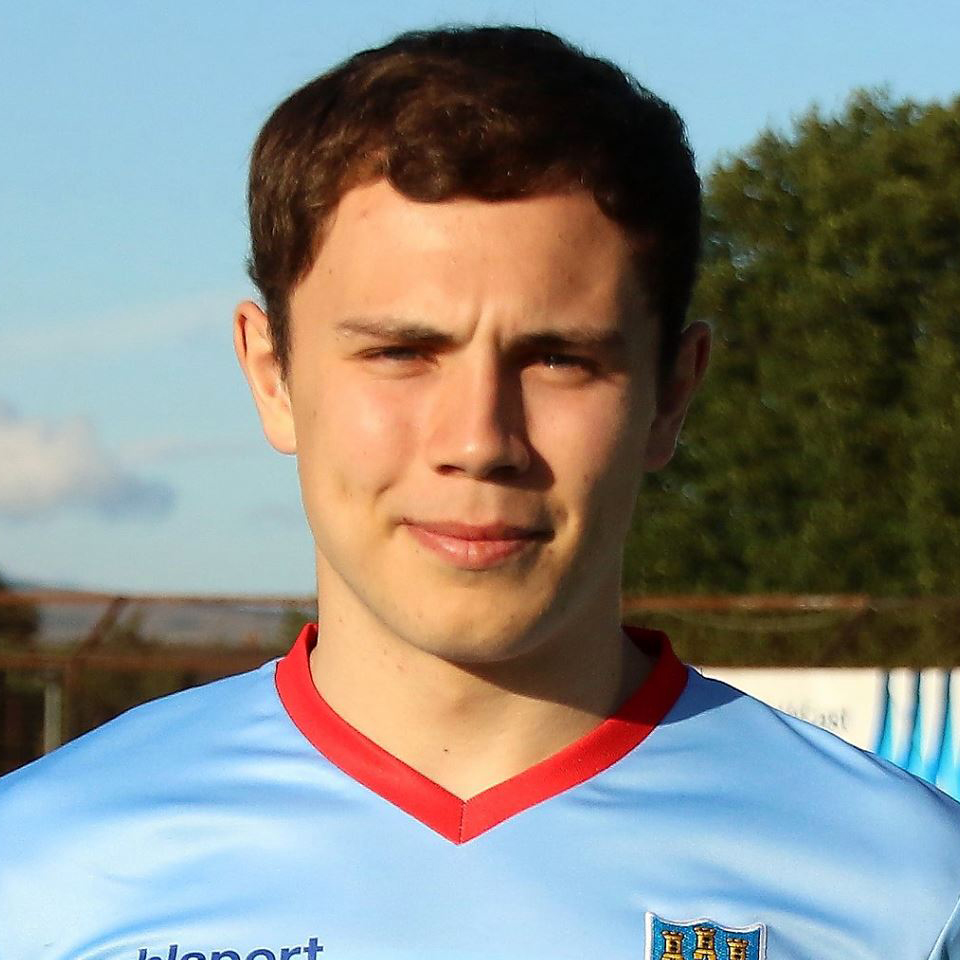 Diminutive midfielder who joined the Sky Blues as a teenager in 2012 went on to score in the County Antrim Shield final four years later.

Born in Belfast, Eoinâs football upbringing firstly was spent with Cliftonville before moving across the city to Linfield where he stayed until Ballymena United Reserve Team manager David Dorrian brought the then 16-year-old to Warden Street in October 2012. Small in stature but technically a stand out player in Unitedâs second string during the next 18 months â he was rewarded for his good form with promotion to the first team from Glenn Ferguson in March 2014, coming off the bench against Dungannon Swifts.

Kane stayed on Fergusonâs radar the following season and threw the youngster back into the first team panel for an extended period throughout the Autumn of 2014, but then subsequently allowed the midfielder to go out in search of regular senior football in January 2015. It was at Championship side Ballyclare Comrades where Eoin spent the second half of the season, scoring his first senior goal during his dozen games at Dixon Park, where he was also reunited with his former United coach, David Dorrian.

Rejuvenated, Eoin returned to the Sky Blues and enjoyed an impressive pre-season ahead of the 2015/2016 season which allowed him to establish himself as a regular member of Fergusonâs panel. Despite the teamâs collective inconsistent form, Eoin impressed many with his performances both as a makeshift full-back and in midfield. The pinnacle of his United career came in January 2016, when he scored the third (and decisive) goal in the County Antrim Shield final against Linfield at Windsor Park, two days after his 20th birthday.

The Shield win wasnât enough to save manager Fergusonâs job long term at the Showgrounds, as David Jeffrey came in shortly after as Kane initially found himself being utilised more from the bench for the remainder of the 2015/2016 campaign. A frustrating next season followed, as whilst the team flourished under their new manager â Eoin found himself struggling to break into the team and then had his season abruptly ended by injury which ruled him out of contention for the memorable League Cup final victory over Carrick Rangers.

Kane had already played his last game for the Sky Blues going into the 2017/2018 season, he joined another familiar face in Clifford Adams at Ballyclare Comrades in December 2017. His return to Dixon Park in the Championship resulted in increased playing time as a regular for the Comrades under Adams and then subsequently Stephen Hughes in the second half of the 2017/2018 and the 2018/2019 campaigns.

In June 2019 - Eoin Kane was unveiled as having signed for fellow Championship side, Dundela.