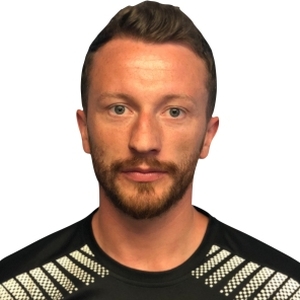 Signed by Glenn Ferguson in in June 2015 after Ards failed to win promotion to the NIFL Premiership, initially signing a one year deal. Faulkner was part of the 2016 County Antrim Shield winning team.

A diminutive winger, Faulkner broke through the ranks at Crusaders making his debut during the 2009/2010 season. Despite impressive performances for the Reserves and even coming off the bench in both legs of the Cruesâ Europa League tie against Fulham in 2011, he dropped down two divisions to join Dundela before the start of the same season with first team opportunities limited for the then 21-year-old.

Faulkner starred for the Wilgar Park side under manager Mark Snodden as Dundela were promoted to Championship 1 after finishing second in the 2011/2012 season. The goals continued to flow the following season as the Duns finished fourth and Faulkner was scooped up by Ards manager Niall Currie for their first season back in the Premier League. At the nomadic County Down club, the forward was one of the few bright lights, scoring 13 goals despite Ardsâ relegation in the 2013/14.

Faulkner had the misfortune of making his Ballymena United debut in a 7-1 hammering by Glenavon at the Showgrounds, but soon found his feet on the wing as the team regained form during the Autumn of 2015. The crucial equaliser in the Country Antrim Shield semi-final against Larne set the Sky Blues on the way to victory and also on the path to United lifting the Shield at the National Stadium after defeating Linfield in January 2016 â Willieâs first senior winnerâs medal.

Following David Jeffrey replacing Glenn Ferguson as manager in March 2016, Faulkner flourished in a more central role and finished the season with six goals for the Braidmen. Jeffrey moved quickly to extend his contract by a further year at the Showgrounds in May 2016.