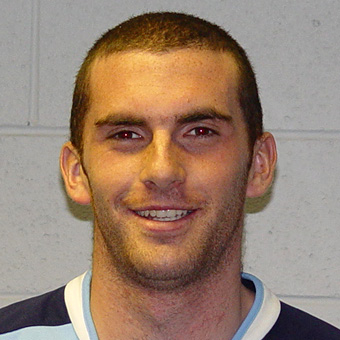 Northern Ireland Under-21 full-back signed by Tommy Wright from Limavady United in the summer of 2006.

Callaghanâs football career began his native Derry playing youth football for local side Trojans before getting the chance to join Sheffield Wednesday in the summer of 2002 at the age of 16. Aaron spent two years at Hillsborough, in which the Owlsâ first team were relegated to the third tier of English football (in 2002/2003) amidst serious financial concerns for the Yorkshire club.

Progression into Chris Turnerâs first team proved a step too far for the full-back who returned home in the summer of 2004 without a new contract at Wednesday. Tommy Wright stepped into quickly bring the youngster to Limavady United and his faith in the 18-year-old was quickly justified with some stellar displays at the Showgrounds as the Roesiders finished a club record fifth in the Irish Premier League, narrowly missing out on European qualification for the first time in their history.

Callaghan also won his first senior medal during the 2004/2005 season, winning the North West Cup against Institute. His form merited a call into Mal Donaghyâs Northern Ireland Under-19 squad for the finals of the UEFA European Under-19 Championships played on home soil in July 2005. By this stage, manager Wright had made the move back to his former club Ballymena United to replace Kenny Shiels in the Warden Street hotseat and despite upheaval of the playing staff at the North West club, Aaron stayed true to Limavady United for the 2005/2006 campaign.

Under new boss Paul Kee, the Roesiders finished tenth in the Irish League table in a season where he was elevated up to the Northern Ireland Under-21 squad, winning his first cap as a substitute in February 2006 in an away friendly against Israel â it would be the first of 15 international appearances at this level for the full-back.

Tommy Wright came calling in June 2006 to bring Callaghan and team-mate Lee Patrick to the Ballymena Showgrounds for 2006/2007 campaign. Aaron took up the right-back berth vacated by the departure of Ciaran Donaghy to Donegal Celtic and was a virtual ever present in an ultimately disappointing season for the Braidmen as the ninth place finish (from 16 teams) and failure to progress in the cup competitions had left fans disillusioned, despite the steady and dependable nature of Callaghanâs performances.

In July 2007, Callaghan was included in the Northern Ireland Select squad to face a strong Everton side to mark the 25th anniversary of the Milk Cup at the Coleraine Showgrounds. Things finally gelled for Callaghan and Wright the following (2007/2008) season as United enjoyed a superb first half of the league season after a slow start and looked every bit the potential title challengers in 14 game unbeaten run, but unwittingly to most Callaghan had played the last of 52 games (having scored one goal) for United on 18 December 2007 as United won 2-0 away to Lisburn Distillery.

Having looked set to complete a January move to Finn Harps, it was returning Derry City manager Stephen Kenny who stepped in to make Aaron his first signing since coming back to the Brandywell, bringing the Callaghan â a Creggan native - to his hometown club on a two year contract. The move didnât prove fruitful for the defender who made his debut in April 2008 in a goalless draw with Bohemians â as playing time became increasingly difficult to come by as Derry City went onto win the League Cup (Aaron didnât make the cup final squad) and finish third to qualify for Europe.

The Derry dream was cut short by a year, as the 23-year-old defender sought first-team football back in the Irish League with Dungannon Swifts in January 2009 on a short term deal until the end of the season. The Swifts under Dixie Robinson finished bottom of the inaugural twelve team IFA Premiership table in 2008/2009 but retained their top-flight status with a narrow playoff victory over Donegal Celtic.

Despite interest from Newry City manager Gerry Flynn, Aaron was on the move again during the summer of 2009 â as he opted to join Jimmy Brownâs new look Lisburn Distillery side in June just in time for his first foray into European football. The defender played both legs of Distilleryâs Europa League qualifier against Georgian side FC Zestafoni that resulted in an 11-1 aggregate loss. Brownâs tenure only lasted until September with the winless Whites, cut adrift at the bottom of the table before the former Ballymena United boss was sacked.

In stepped a familiar face in Tommy Wright who was reunited with Aaron for the third time in his career in September 2009 and sparked a miraculous turnaround in fortunes at the cash-strapped New Grosvenor Park club. In a Distillery side led off the pitch by Wright and on the pitch by veteran Glenn Ferguson, Callaghan was a virtual ever present in the Whitesâ remarkable eleven game unbeaten run which was dubbed âThe Great Escapeâ avoiding near certain relegation, by finishing eleventh in the table come May 2010.

The fairytale continued for Distillery the following season - as Wright led the club to a top-half finish in the IFA Premiership and success in the final of the League Cup. Aaron started in the 2-1 win over Portadown at Mourneview Park as the Whites clinched their first major silverware since 1994. Callaghan also featured for Lisburn Distillery in their first foray into the Setanta All-Ireland Cup, eventually losing in the quarter-finals to Michael O'Neill's Shamrock Rovers side in March 2011.

Wright left New Grosvenor Park for St. Johnstone in November 2011 to, only a couple of months into the 2011/2012 season and was replaced by John Cunningham. The fortunes of the Whites changed dramatically and only a relegation playoff victory against Newry City could salvage their top-flight status. It was to be Callaghan's last foray into senior football - he left Distillery following the expiry of his contract at the age of 26 and sadly never returned to competitive football.