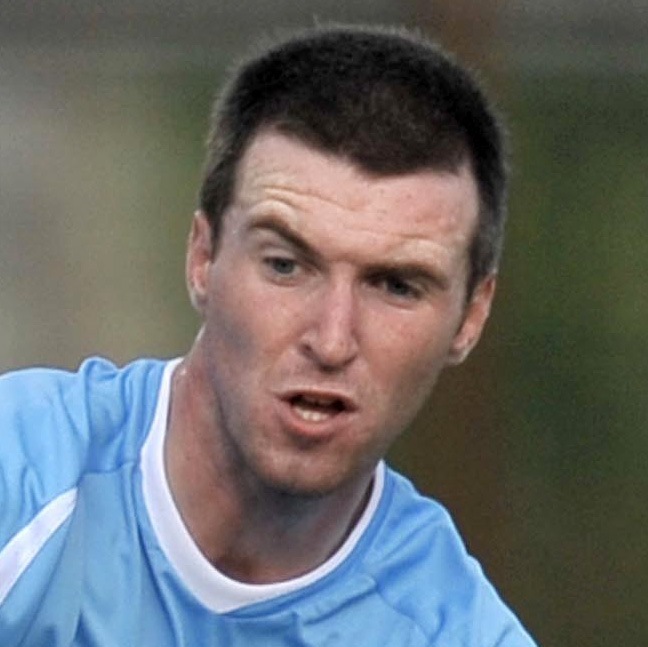 Teenage full-back who was brought in by Roy Walker in October 2008 from his native Derry City, but only managed a brief stay at Warden Street.

Born in the Creggan area of the Maiden City, Burke began his career at the nearby Brandywell and was part of the Under-21 squad having signed an apprenticeship with the Candystripes as a youth team player and had previously been part of the County Londonderry Milk Cup squad. He was released at the end of the 2008 season by manager Stephen Kenny, having not managed to make a senior appearance for the first team who claimed the League of Ireland Cup that year.

The 18-year-old free agent moved to the Irish League with Ballymena United and was drafted straight into Walker's first team as United struggled in the newly re-branded IFA Premiership, languishing at the bottom of the table. Burke replaced his fellow Derry native Thomas Wray at full-back for the visit of Glentoran in October and held his place in the team for a couple of weeks.

Despite a reasonable introduction to top-flight football, he made the final of three appearances in the live Sky Sports TV defeat to Newry City in November 2008 (United's first live televised fixture). From there, he was frozen out of first-team activity for the remainder of the 2008/2009 campaign and was subsequently released without much fanfare in May 2009.

This ended Burke's very brief spell in the top flight of local football, he went onto play with Derry side Trojans, winning the NI intermediate League under Kevin Deery in 2014/2015 whilst coaching at underage level at the club.