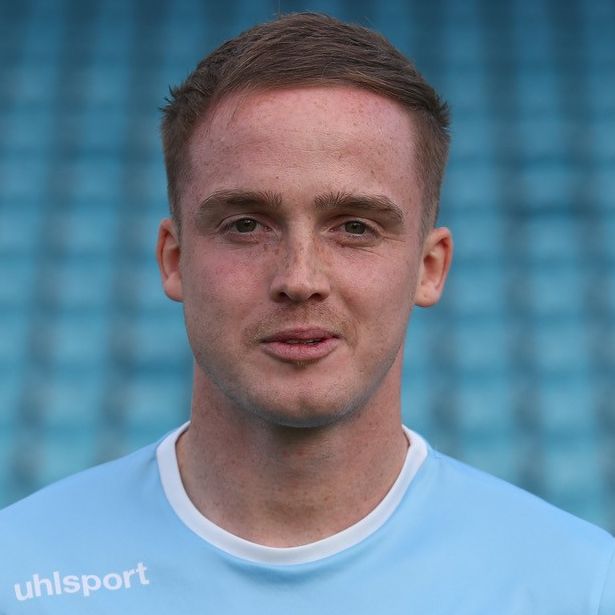 Defender Andrew Burns joined the Sky Blues from Dungannon Swifts in May 2017.

Born in Banbridge, Andrew and twin brother Aaron started their careers at Linfield as teenagers, progressing through the ranks during a stellar era at the Windsor Park club. Whilst his more attacking brother broke into the first team at a young age, Andrew would have to be more patient with his search for a breakthrough into senior football after failing to make it into David Jeffrey's title winning first-team squad.

That came closer to home at Portadown when the defender moved closer to home in July 2011, after the 19-year-old secured his release from the Blues to join Ronnie McFall's side. Burns earned an extended run in the side as the Ports finished runners-up in the Carling Premiership during the 2011/2012 season to qualify for Europe.

A first European appearance came in July 2012 as a substitute in the Europa League second qualifying round against Slaven Belupo in Croatia as Portadown lost 6-0 (and eventually 10-2 on aggregate). The County Armagh side failed to build on their success of the previous season, despite some major signings in the form of Gary Twigg from Shamrock Rovers - the club failed to finish in the top six (finishing seventh) and Burns found himself failing to hold down a place and was eventually released by McFall in May 2013 at the end of a disappointing season.

In August 2013, the defender (now 21) made the move to Dungannon Swifts after impressing manager Darren Murphy during a trial spell over pre-season. There was a first senior medal for Andrew in April 2014, as he came off the bench in the Mid-Ulster Cup final victory over Annagh United at Holm Park.