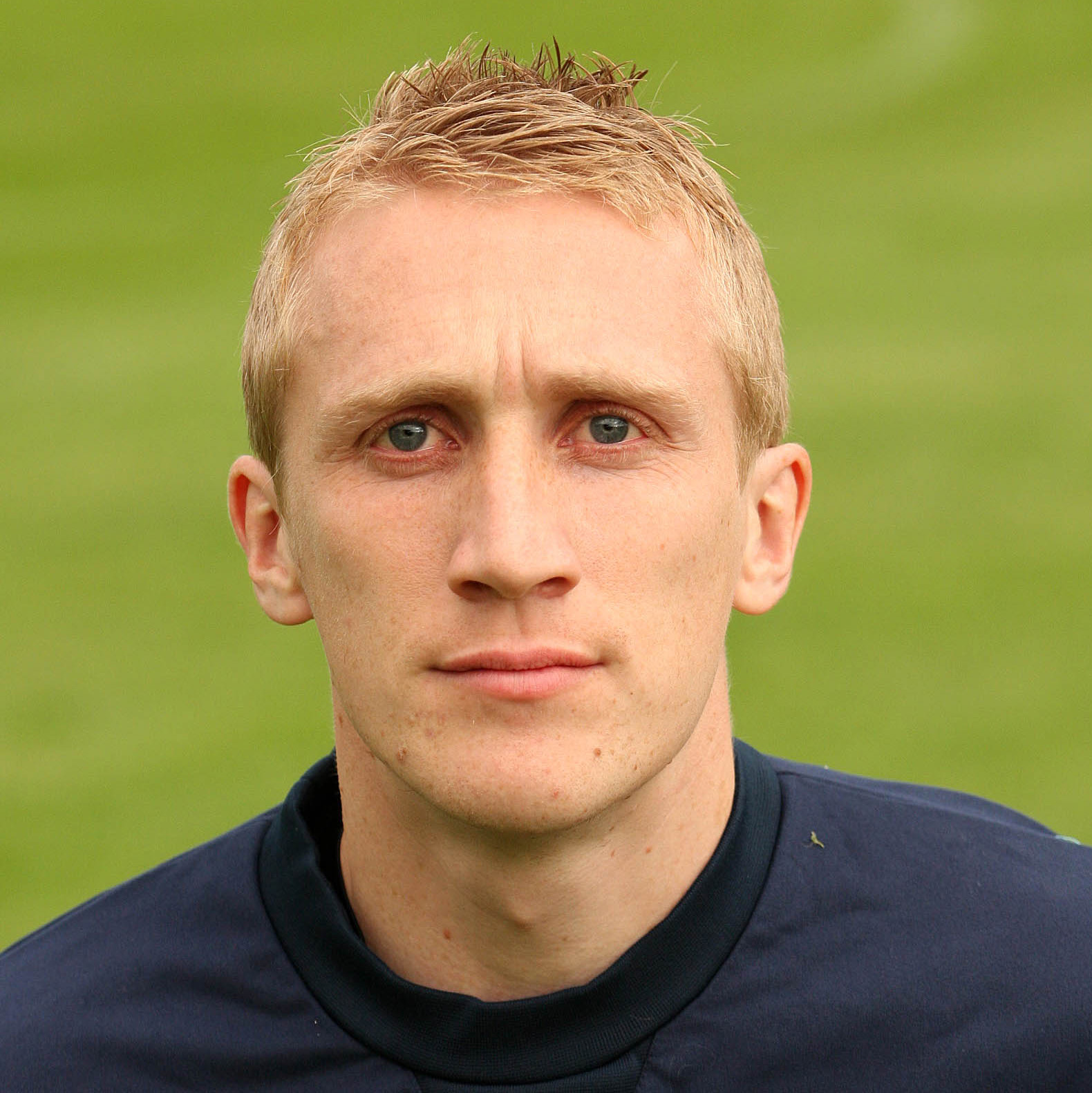 Belfast born central midfielder returned to Warden Street ten years after his debut as a teenager.

Anderson moved to United in October 1999 as a 17-year-old from his local side Crusaders' youth team and was drafted in for a suprise senior debut later that same month for Nigel Best's struggling Sky Blues, coming off the bench as a late substitute in a 1-1 draw with Coleraine.

It would be Noel's only first team involvement during the 1999/2000 season, as he became a regular in Joe McCall's Reserve team at the Showgrounds into the next season where he played in the George Wilson Cup final extra time defeat to Glentoran Seconds and remained on the fringes of the first team under Best and then Kenny Shiels, but could only manage three further appearances as the Braidmen were relegated at the end of the 2000/2001 season.

At 19, he joined the mass exodus of players out the doors of the Showgrounds, moving closer to home with First Division rivals Carrick Rangers in July 2001. Despite being a regular starter Anderson was on the move again after only a few months - this time to Jamesy Kirk's Ballyclare Comrades in November 2001.

Despite the Comrades' early season promise during 2001/2002, they spent the next two seasons continually propping up the other teams at the wrong end of the First Division table, albeit with their young midfielder playing beyond his years and chipping in with 13 goals in 62 games at Dixon Park.

Lisburn Distillery manager Paul Kirk had seen enough of Anderson to give him another shot at the top-flight. The decision immediately paid off for both parties as Kirk's team stunned onlookers by finishing third in the Irish Premier League during the 2003/2004 and although they missed out on European qualification on administrative grounds (to Ballymena United), they qualified the following season for the UEFA Intertoto Cup, but without Noel.

Anderson was already living a relatively nomadic footballing lifestyle, having been snapped up by Marty Quinn at Coleraine in July 2005 after a move back to Ballymena United had fallen through when Kenny Shiels had been replaced by Tommy Wright. Despite the Bannsiders' transition following financial trouble, Noel bagged his first senior winners' medal (and also scoring) in the North West Cup against Institute. He would play in a further two similar finals winning one (2007/2008) and losing the other (2006/2007) both against Tobermore during his two and a half years at the Ballycastle Road.

In January 2008, he returned to East Antrim to finish the remainder of the 2007/2008 season with Larne before rejoining Marty Quinn at newly promoted Bangor in the rebranded IFA Premiership the following season. Despite their encouraging start to life back in the top division, they took the decision to voluntarily drop back down to the Championship after only one season.

In stepped Ballymena United manager Roy Walker in June 2009 to bring the now 27-year-old central midfielder back to Warden Street for the second time in ten years. His stay lasted only a single season in a completely overhauled United side who reached the semi-finals of the Irish Cup but lacked any consistency in the league, finishing in a hugely disappointing tenth place.

Following his release following the expiration of his one-year deal he returned for a second spell at Carrick Rangers. It proved a hugely beneficial move to Stephen Small's side as they won a league and cup double, winning Championship 1 (with promotion back to the top division) and the Intermediate Cup on the same night in May 2011.

Following promotion back to the Premiership, Anderson took the decision not to continue the journey, instead signing for neighbouring Barn United in the summer of 2011 before moving back to Irish League football with PSNI, where he spent two seasons between 2012 and 2014 - winning promotion to the second tier in his final season after finishing as Championship 2 runners-up.