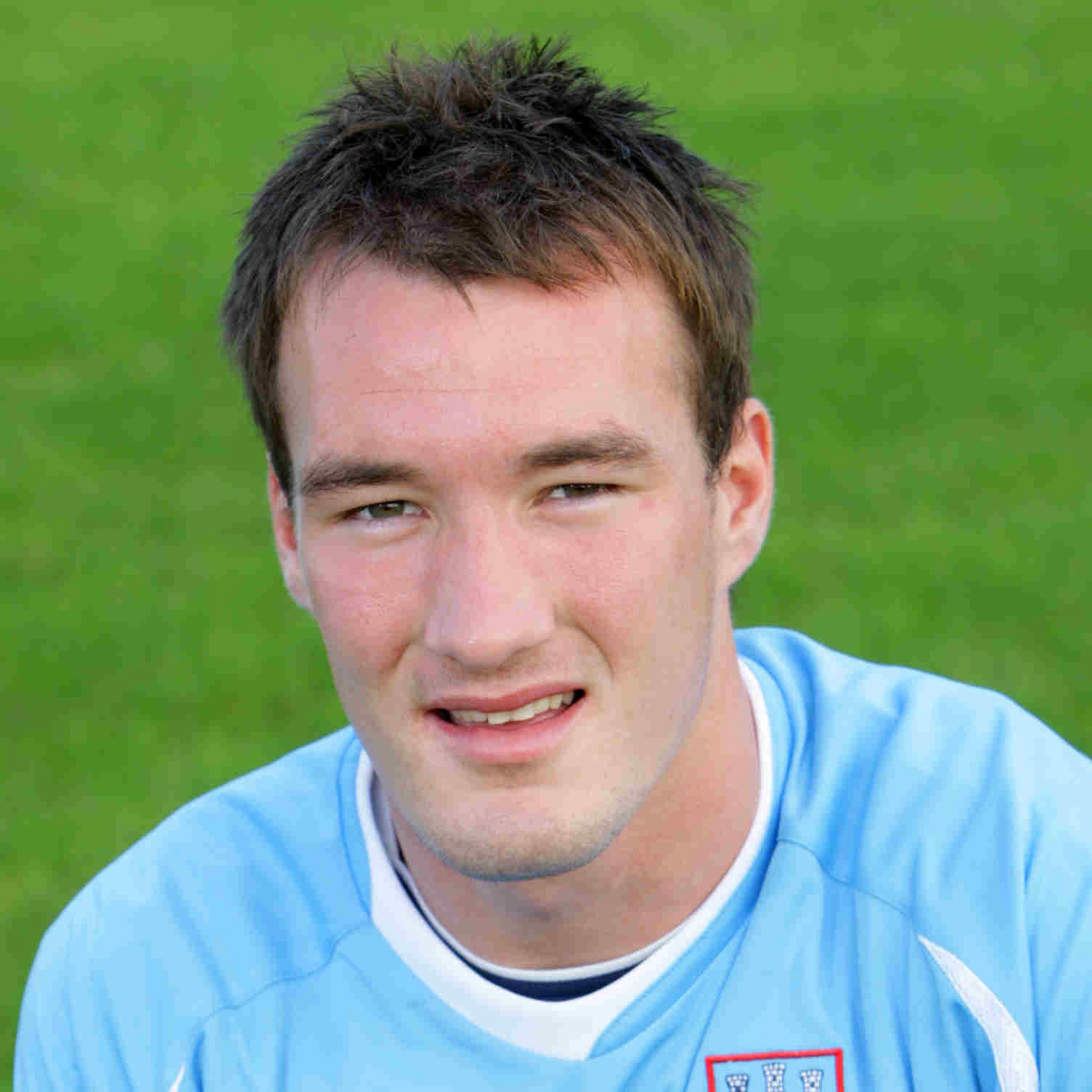 Ballymena United's youngest ever club captain and a debutant at only 16 before going onto spend ten seasons at the Showgrounds.

Watson had spent his footballing education at St. Andrewsâ Boys Club before joining Ballymena United in October 2001. His rise at the Showgrounds was meteoric for the teenager who progressed from playing youth team football to the first team in only two month as manager Kenny Shiels handed the central defender a senior debut aged only 16 years and 89 days against Institute in December 2001. The progression had been duly aided by the clubâs current reliance on young players following relegation to the First Division, Albert used sporadically during the remainder of the season, but managed to make eleven appearances in during the 2001/2002 campaign.

Having failed to achieve promotion at the first attempt, Shiels invested in experience in order to assure progression back to the top flight. This left Watson restricted with his appearances at the Showgrounds during the 2002/2003 campaign as the Sky Blues finished runners-up in the First Division â but gained promotion back to the Premier League. Underage International recognition would follow as he was now a key part of the Northern Ireland Under-17 squad, also managed by Shiels.

At 18-years-old, Watson began to establish himself as a first team regular at Warden Street during their return to the top division as United finished sixth in the table and in turn, qualified for Europe for the first time in 15 years. His form also earned him a call-up to the Northern Ireland Under-19 side for their European qualifiers and also was included in the Northern Ireland Elite squad for the 2014 Milk Cup â where the hosts defeated their Brazilian counterparts at the Coleraine Showgrounds.

Following a superb showing in Ballymenaâs UEFA Intertoto Cup games against Danish side Odense in June 2004, Albert signed a new two-year contract with the club, as proof of Shiels' faith in the young defender to play alongside newly acquired club captain Gary Smyth (signed from Glentoran). The Sky Bluesâ failure to meet the growing expectation was compounded with defeat in the semi-final of the Irish Cup to Larne at the Oval â a defeat which ultimately cost Shiels his job.

Tommy Wright was appointed ahead of the 2005/2006 season and built his team around talented young players with almost instant success, as the Sky Blues narrowly lost the final of the County Antrim Shield to Linfield. Personally, he was also rewarded for a fine season with a call up to the Northern Ireland Under-21 squad for a friendly against Scotland in May 2006, but was an unused substitute in the 1-0 victory.

Following the departure of captain Smyth back to Glentoran, Wright bestowed the captaincy onto Albert, making him one of Ballymena Unitedâs youngest ever captains at the age of just 20! The form of both the player and team suffered through the 2006/2007, but they bounced back the following season with Watson leading his team to an impressive 14 game unbeaten streak. The captainâs impressive performances attracted the attention of David Jeffrey who looked to lure the defender to Linfield, but the advances were rebuked via an improved new two year contract at the Showgrounds.

Watsonâs Showgrounds stability was rocked following the shock resignation of manger Wright and subsequent appointment of Roy Walker. In July 2008 he handed in a transfer request only months after signing the new deal and was later stripped of the captaincy by the new manager. It was a disappointing season for both parties as after a poor start to the new IFA Premiership season; United dragged themselves out of any relegation fears without the injured defender.

Another injury plagued season followed in 2009/2010 as Walkerâs side went close in the Irish Cup again, losing to Portadown on penalties, but having turned a corner 24-year-old Watson agreed a new one year contract to play his tenth season at the Showgrounds. It proved to be one of his best at the Braid, as despite Unitedâs exciting new look team failing to fulfil their early season promise, Watson picked up the prestigious Playersâ Player of the Year award for the 2010/2011. The award would be a swansong though as it was announced immediately after the final game of the season that Albert had signed a pre-contract agreement with Linfield. He had amassed 316 appearances for the club (scoring 10 goals) to become the (joint) tenth record appearance holder in club history.

It was a memorable first season at Windsor Park as he swept the board across many of the Linfield Player of the Year awards and was selected in the Football Writerâs Team of the Year for 2011/2012 as the Belfast Blues won their third consecutive League and Cup double â but it was the first senior medals of the defenderâs career in his critically acclaimed campaign.

Having gone ten seasons without a trophy at Ballymena United, he could only watch on from the other side in November 2012 as Linfield lost on penalties in the County Antrim Shield final to Glenn Fergusonâs Braidmen. It was an indifferent season for Jeffreyâs normally dominant side, eventually finishing the season in third position. They had suffered a huge blow in January when Watson and team-mate Daryl Fordyce announced they were emigrating to Canada.

The pair swiftly left and reappeared the following month as players for FC Edmonton of the North American Soccer League (NASL). Having started a new life as a professional footballer across the world, Watson was duly named captain on the Alberta based club in 2013 and has remained an integral performer over the past five seasons and in 2017 surpassed 100 appearances, a first for any player at FC Edmonton which also made the Belfast man the record appearance holder for the relatively new franchise club. He was named in the NASLâs Best 11 for the second time in 2016.