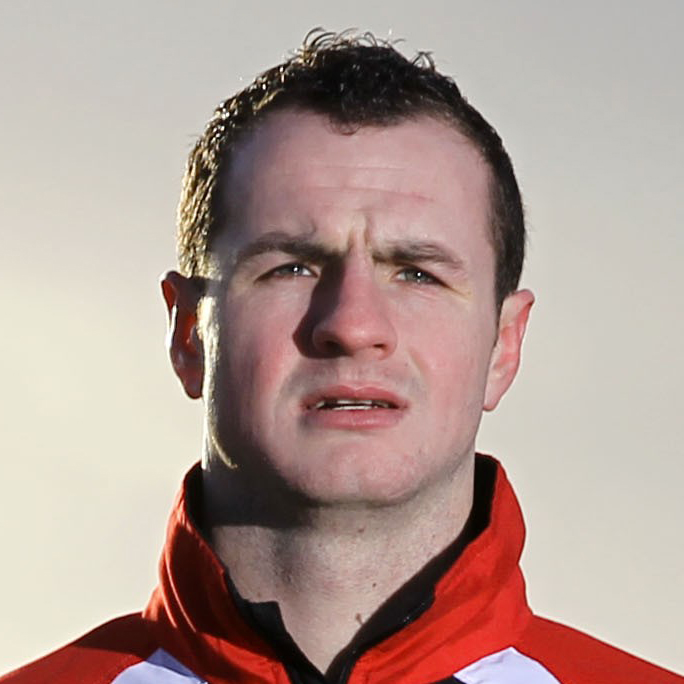 Widely regarded as one of the best Ulster hurlers of his generation, Liam had two short spells with the Sky Blues which both ended abruptly.

His sporting career started in earnest as an 18-year-old with Loughgiel Shamrocks in 2001 and he quickly broke into the Antrim senior side little over a year later in 2002. Since then he has won an impressive eleven consecutive Ulster medals (between 2002 and 2012), one National League (Division 2) medal and one Christy Ring Cup medal as a non-playing substitute. At club level Watson is an All-Ireland medallist with his local side Loughgiel Shamrocks. He has also won four Ulster medals and four county club championship medals.

Soccer had always played second fiddle to hurling for Watson, who had previously had a spells at Chimney Corner and Ballycastle United. In January 2008, then Ballymena United Reserve team manager brought Watson and his Antrim team-mate Eddie McCloskey to the Showgrounds for the remainder of the 2007/2008 campaign, despite encouraging signs that Liam may challenge for first team contention his season was abruptly ended by a lengthy suspension for head-butting an opposition player during a Reserve League game against Coleraine Reserves.

Having got a taste for âsoccerâ and following another fall-out in a string of disagreements between himself and Antrim GAA, Watson signed for Championship side Donegal Celtic in August 2008. The big central defender who also ventured further into midfield when required became a hugely popular and influential player at Suffolk Road, claiming the clubâs player of the year award during his second season in 2009/2010 which coincided with promotion back to the Irish Leagueâs top flight via the playoffs. Celtic defeated Institute in May 2010 over two legs to win promotion, which also put to rest the bad memories from defeat at the same stage of the season, a year previous to Dungannon Swifts.
Whilst Donegal Celtic enjoyed a superb season back in the IFA Premiership during the 2010/2011 season, Watsonâs first test of top division soccer was curtailed by injury for large spells as he managed just over a dozen appearances, with the Hoops finishing seventh in the table. Liam left the West Belfast side in the summer of 2011 and re-appeared closer to home with Roy Walker offering the no-nonsense defender a one-year contract at Ballymena United in August 2011.

An impressive debut against Linfield in September won much acclaim that the hurler may be the answer to the clubâs defensive woes, but even Liam couldnât help shore up a leaky defence from a struggling team in the first half of the 2011/2012 campaign. His final appearance of his 12 game United career was involved being hauled off by Walker at half-time during a 7-3 hammering by Cliftonville at home in November, the following month his contract was mutually terminated, following an internal suspension.

Liam subsequently continued to play his football informally with Dunloy in the local Intermediate League, but returned to focus on his primary sport of hurling, which almost included a shock switch of allegiance to Dublin at one stage. There had been suggestions that a return to the Showgrounds under Glenn Ferguson may have been on the cards but nothing ever materialised.