Moments From The Past

A fantastic second half performance from Ballymena United secured a 4-1 home win over Cliftonville tonight. The first half was far from a classic but it was the home side who had the first chance of the game. Adam McCracken and Fra McCaffrey linked up well on the left wing and the latter fou ...

UNITED had a fantastic start to the New Year, defeating Portadown in a real battle at Shamrock Park.On a very wet and sticky pitch United had the first chance, Tony Kane having his headed effort saved by Portadown keeper David Miskelly. With 8 minutes of the game gone a goalmouth scramble le ...

Ballymena United moved into the top half of the Danske Bank Premiership after a 3-2 win over Cliftonville at the Showgrounds today.Tony Kane kept up his 100 per cent record from the penalty spot by converting two penalties either side of a goal from Cathair Friel, who netted for the fifth ga ... 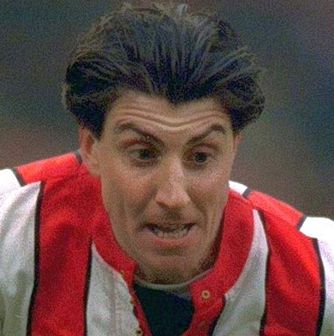